Known as the “Legacy Rooms” this suite of period rooms in the French Style was the essence of Bergdorf’s, but was disjointed by inconsistencies in design. The effort to unify the rooms began with studying, editing and restoring the original plasterwork walls and ceilings throughout with lighter, more consistent and appropriate pastoral motifs. To connect the spaces, openings between rooms were aligned and centered on a newly opened window facing the Grand Army Plaza and Central Park. Ramps between floor levels that extended into rooms were replaced with marble steps, helping each volume read as complete. A new floor pattern of Bleu de Savoie light gray marble floor with medium gray cabochons was installed throughout the suite, further uniting the rooms. Display fixtures throughout were designed to be harmonious but not identical, stylistically tying each space to the next. A shared palette of luxurious materials - cast brass from hand-wrought forms; antique pewter, cast glass, ebonized wood and Kenya Black marble - creates a unified ambience for the Legacy Fifth Avenue Rooms.

In a dialogue with the traditional rooms, the Pavilion is a contemporary counterpoint featuring handbags and eyewear. The dramatic focal point is a shimmering sculptural display comprised of back-lit custom cast glass blocks, inspired in form by the iconic 1922 lacquer screen designed by Eileen Gray. The composition of glowing, fragmented glass dissolves the piece’s massive scale, and provides a porosity that gives it depth. Just as the traditional rooms each have distinctive chandeliers, this piece serves as a signature light source for the Pavilion. The floor also signals the more contemporary approach in a cubist patterned floor in tones of Bleu de Savoie marble. The room’s perimeter is lined in soft gray parchment panels with a modernist frieze above. A series of more contemporary custom fixtures in distinctive finishes of textured brass, bronze and French pewter, as well as hammered ebonized wood, complete the Pavilion. 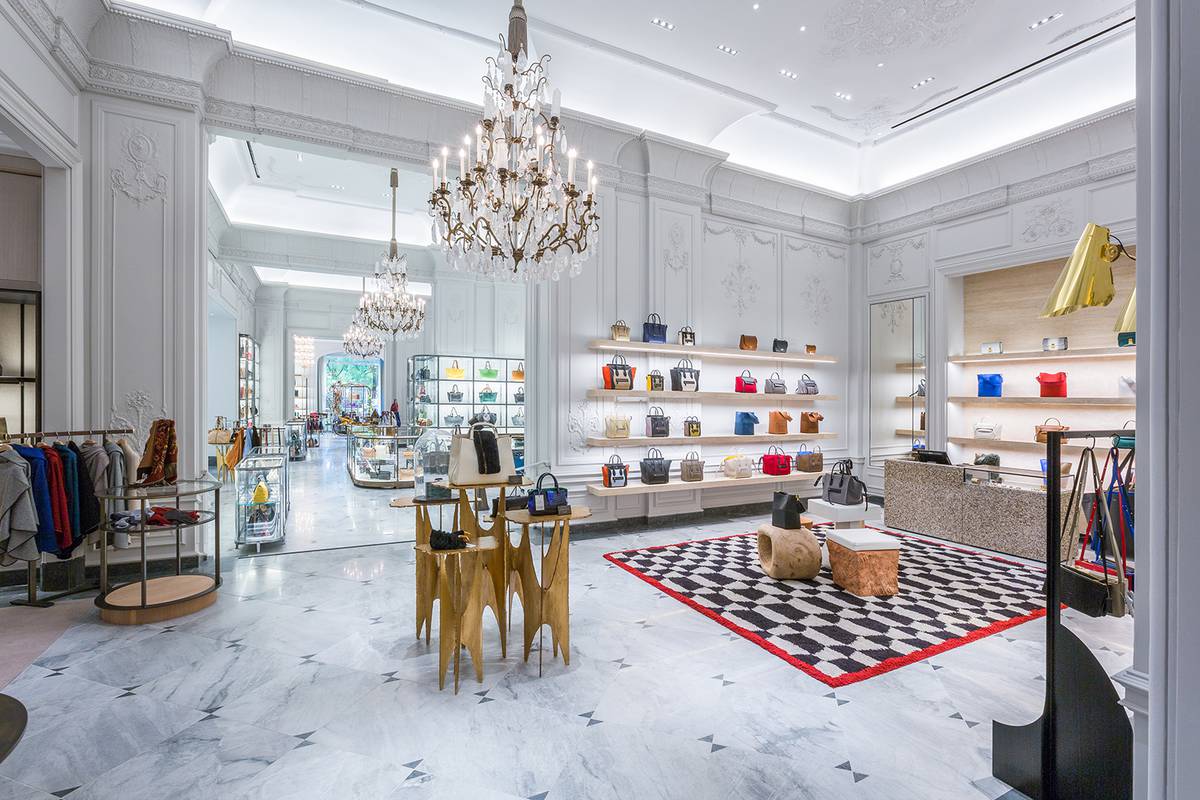 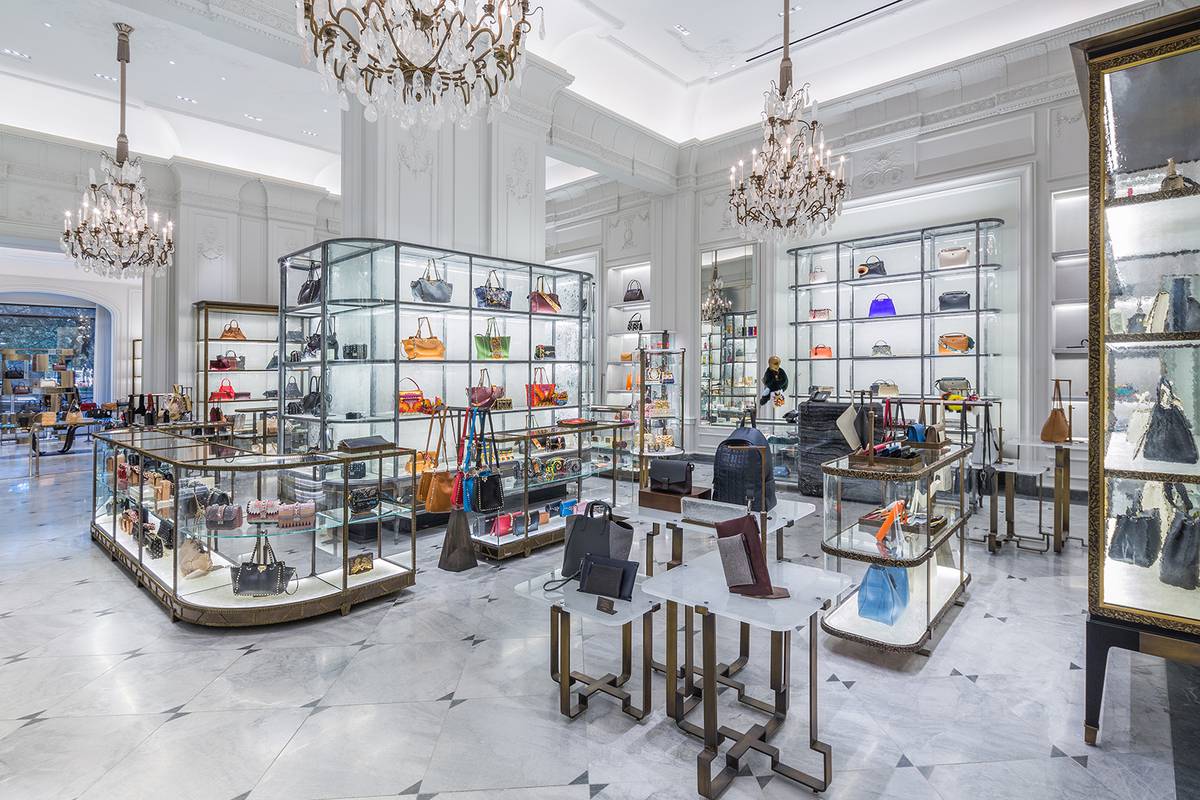 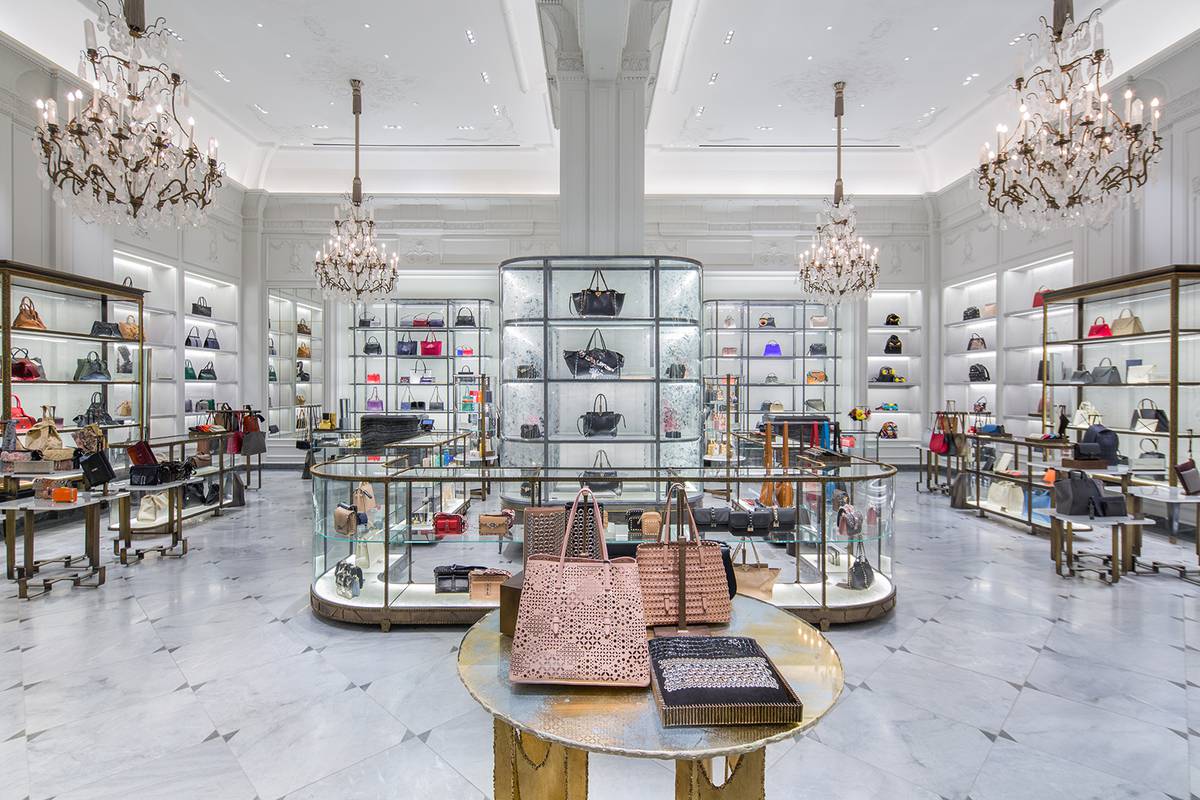 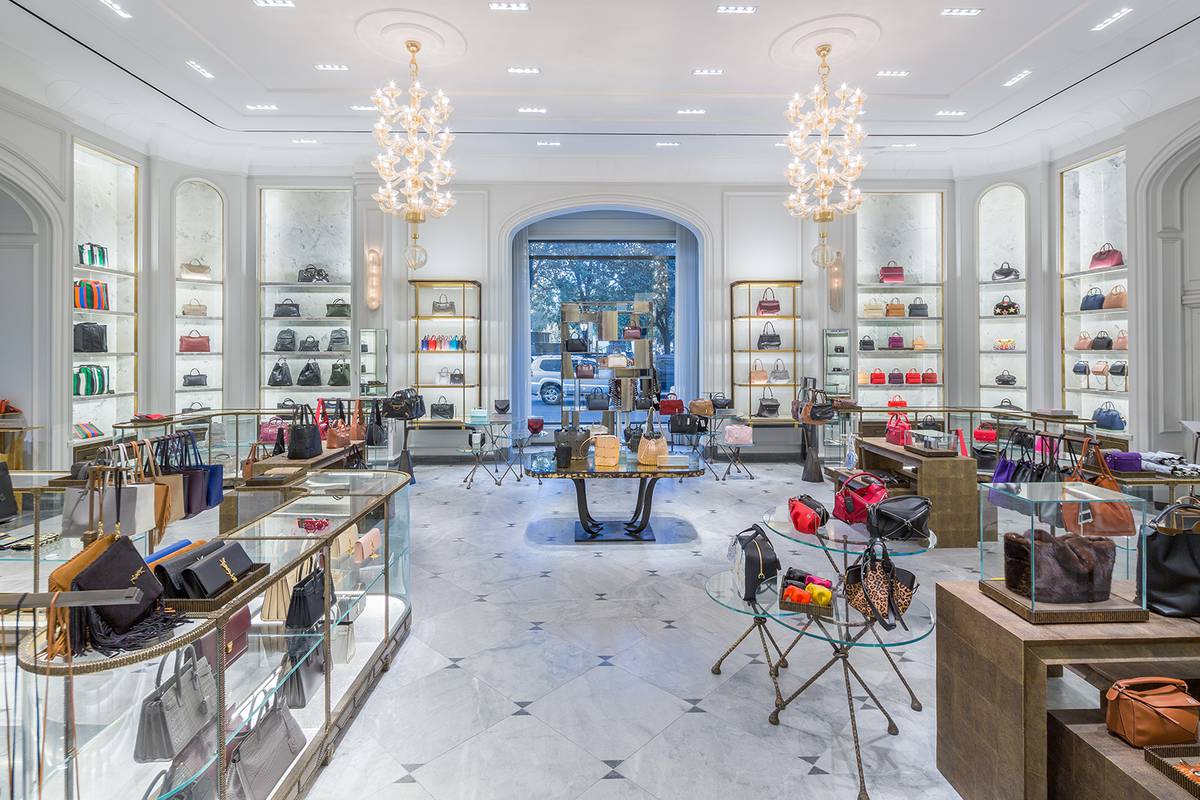 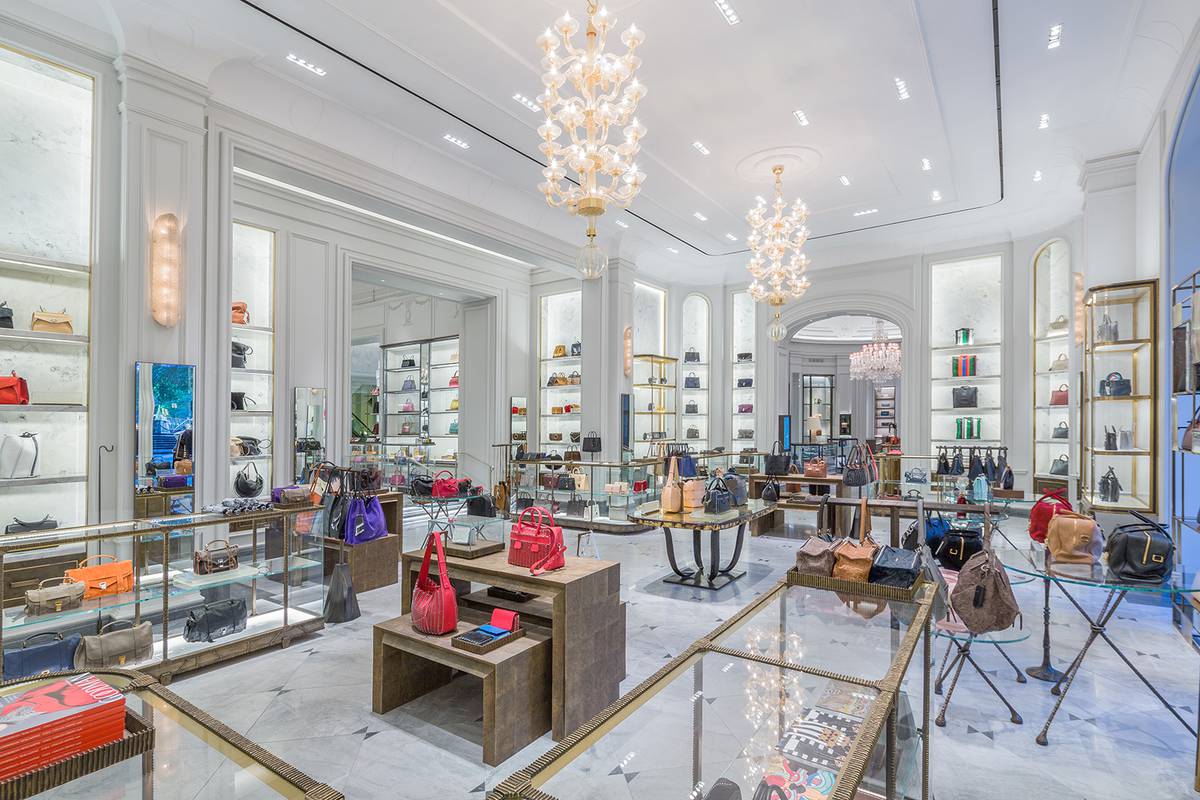 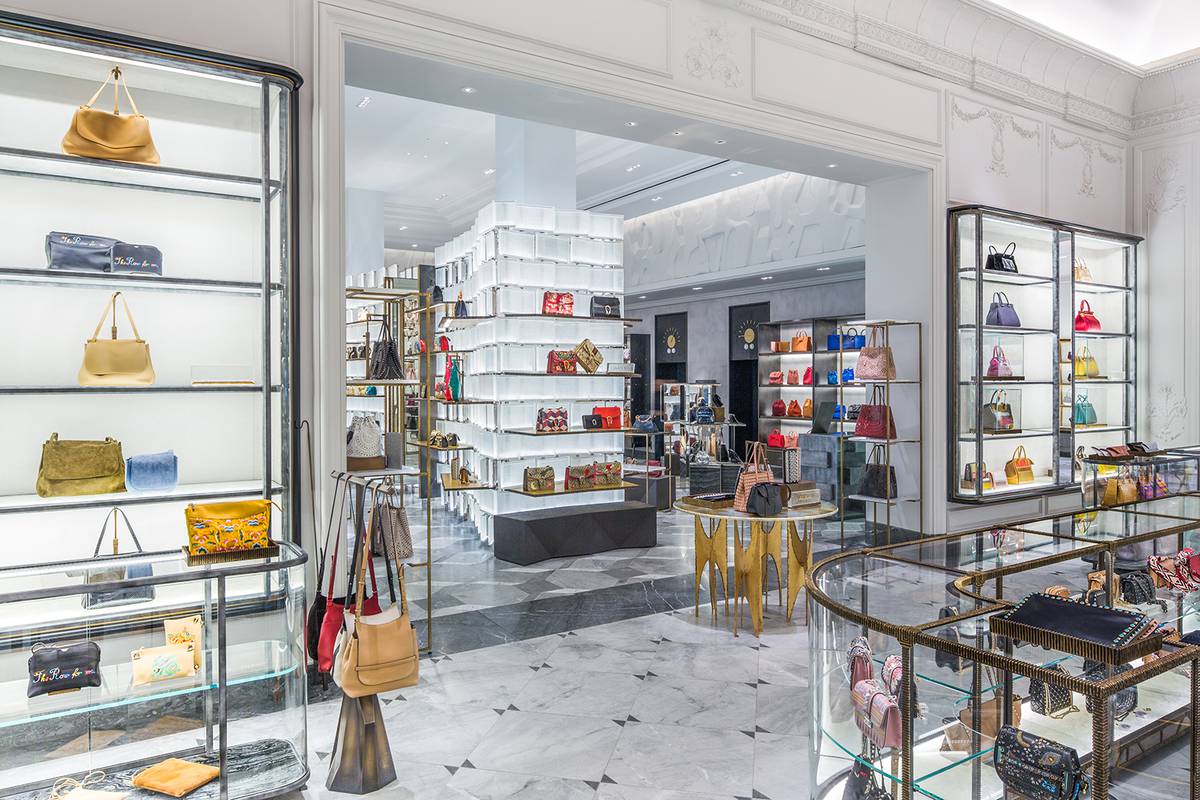 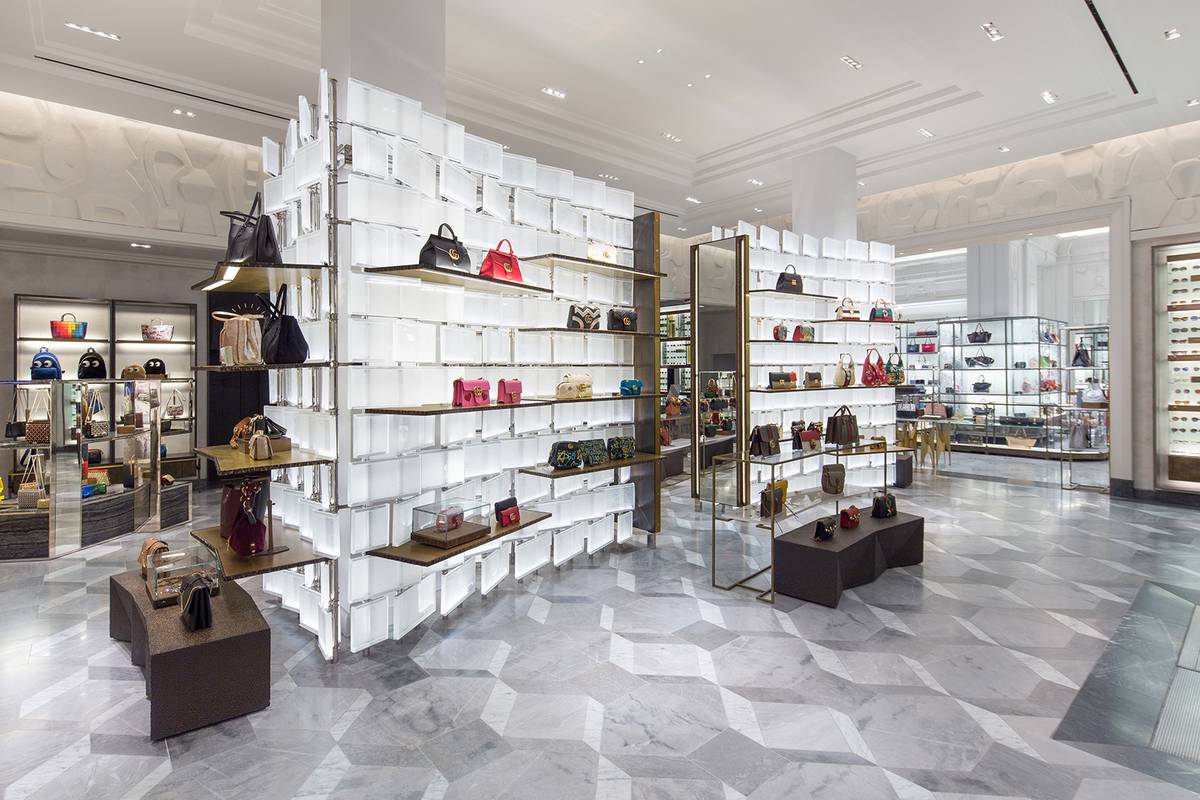 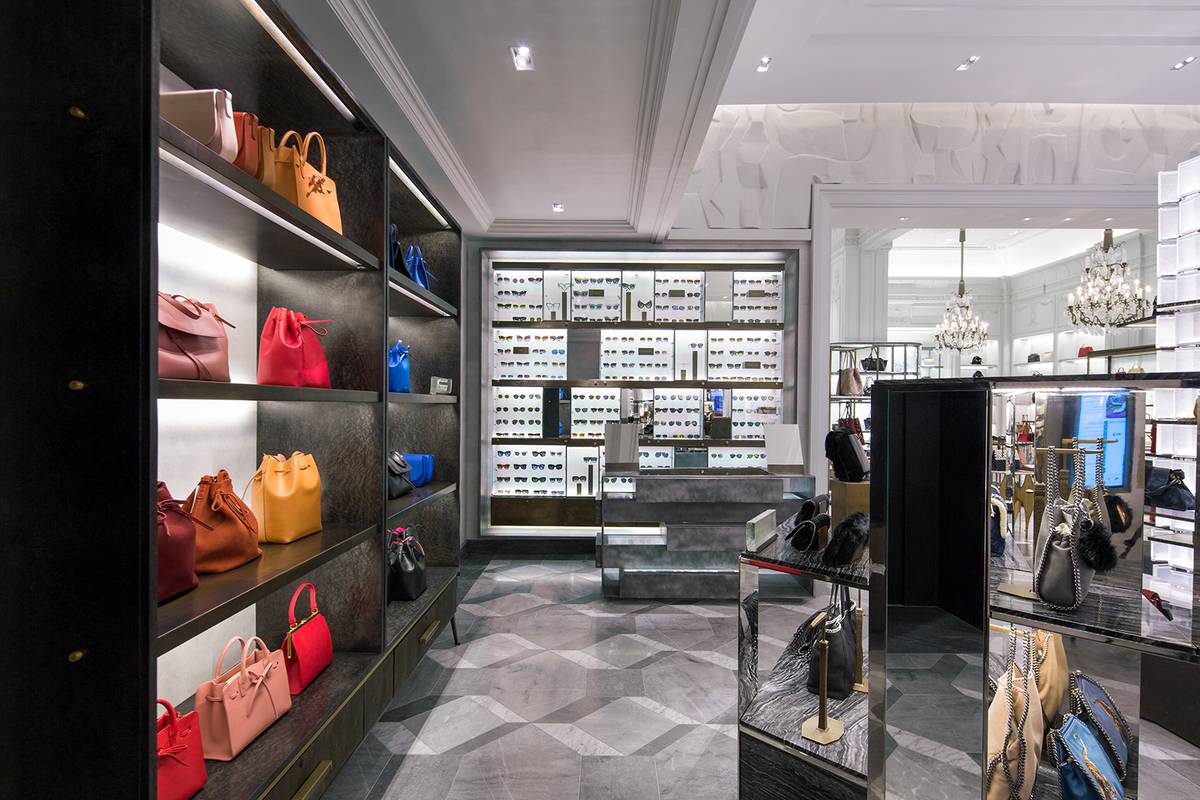 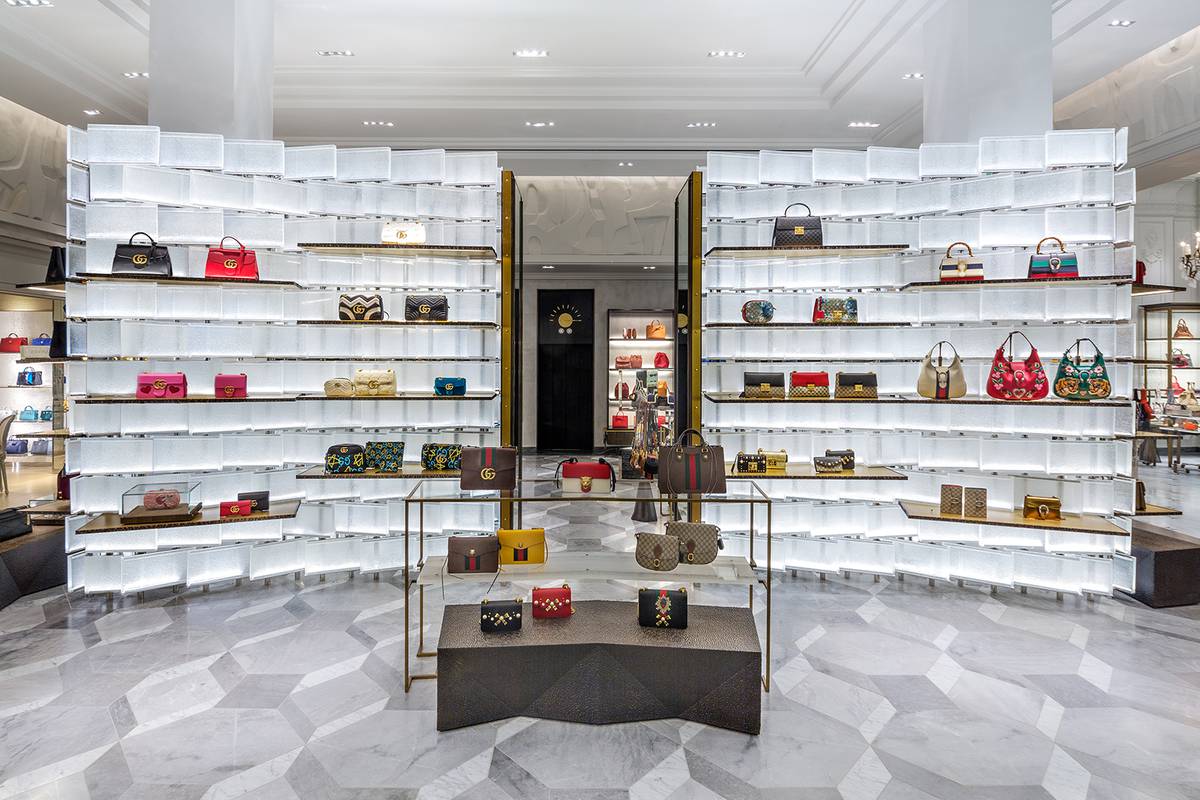