Patagonia Meatpacking is a dramatic example of “before and after” in the debut issue of design:retail.

The magazine design:retail (formerly DDI Magazine) was recently launched with a sharper focus on business-savvy retail design. Patagonia Meatpacking was selected for a new “before & after” feature in the debut issue of design:retail.

Housed within a New York City landmark building where only the original facade was retained, the given space for this new Patagonia store was a complete white box space. Originally a cotton printing factory, the building was later a poultry, game and meat distribution house for decades. Patagonia’s directive is to connect every store to its community. Given a generic white box space, we achieved this connection by recreating an authentic sense of the building’s history in the store, highlighting the Meatpacking District’s rich past. Our extensive research of the area identified historic architectural features which we incorporated into the design using locally sourced reclaimed and industrial materials.

We used reclaimed timber extensively in the project. Original-faced, natural-edge long leaf Heart Pine flooring throughout the sales area was sourced from an Upper East Side townhouse and a historic industrial deconstruction in Red Hook Brooklyn. Reclaimed softwood joists installed as ceiling beams were sourced from deconstructed warehouses underneath the Highline on Manhattan’s West Side, just blocks from the store’s location.

A custom manufactured meat rail with genuine trolleys and customized hooks references the site’s former uses while providing the main system to display merchandise. At the storefront, the meat rail is used to display items that are both “shoppable” and form part of the window display.

Perimeter walls are finished with reclaimed brick salvaged from a Westchester, NY apartment building, and white subway tile, evoking former meatpacking facilities, is used as a contrasting backdrop to the brand’s colorful merchandise.

Every time Patagonia founders Yvon and Malinda open up a store, they say they want it to be a “gift” to the community. At Patagonia Meatpacking, our goal was to transform a generic white box by incorporating the area’s past, making a meaningful contribution to the neighborhood and to the city. 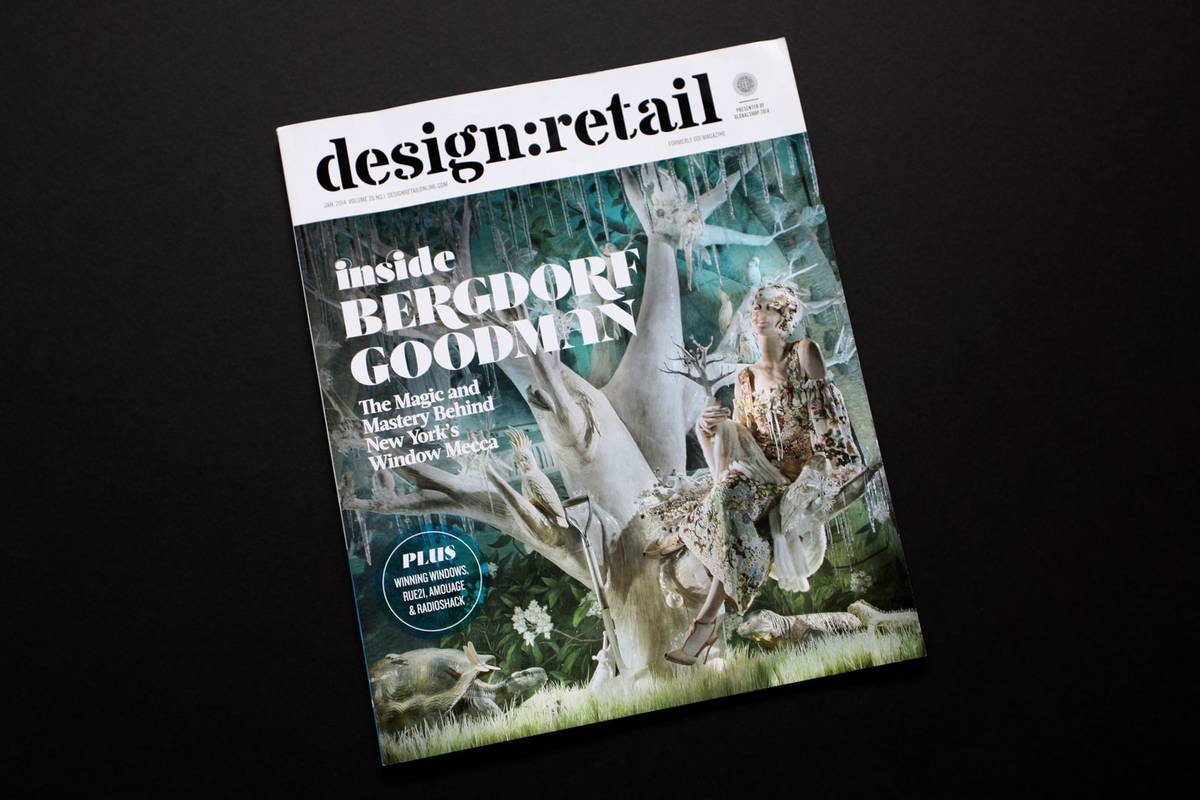 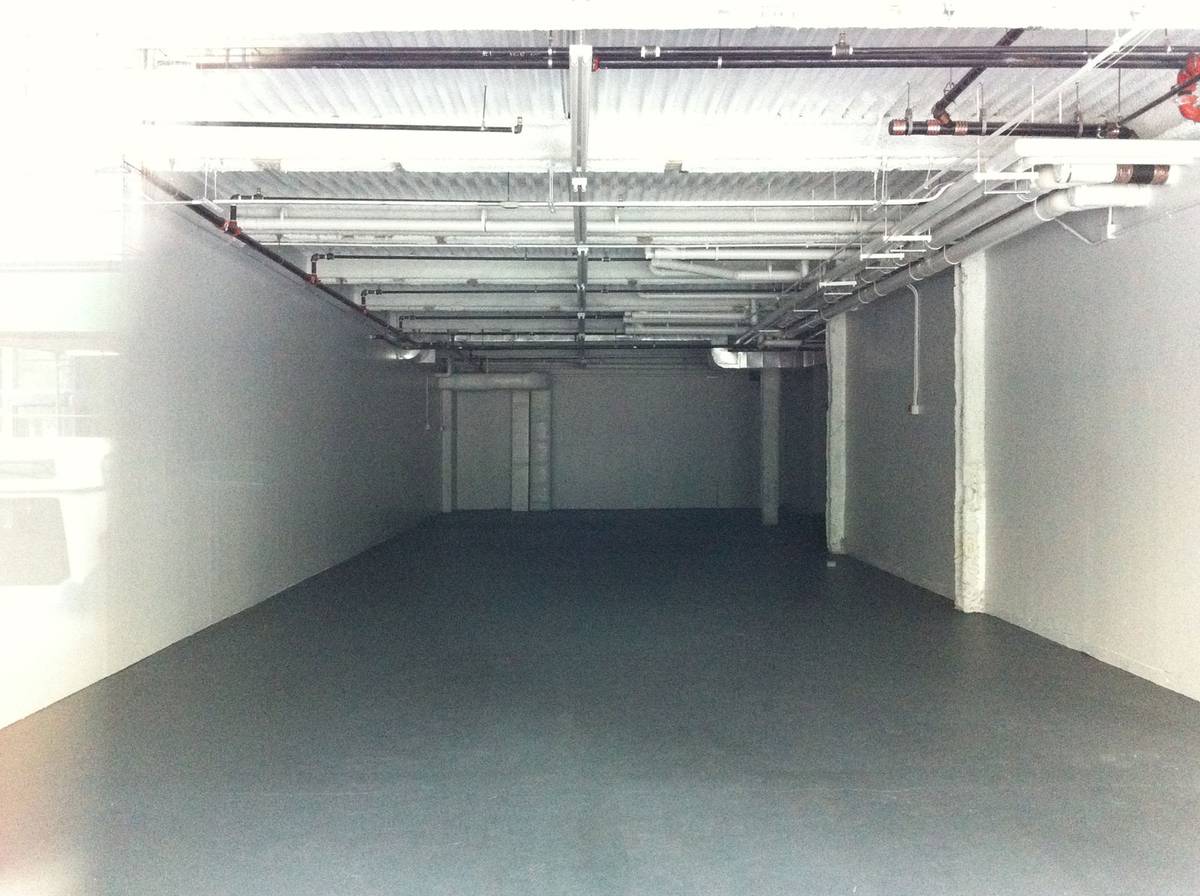 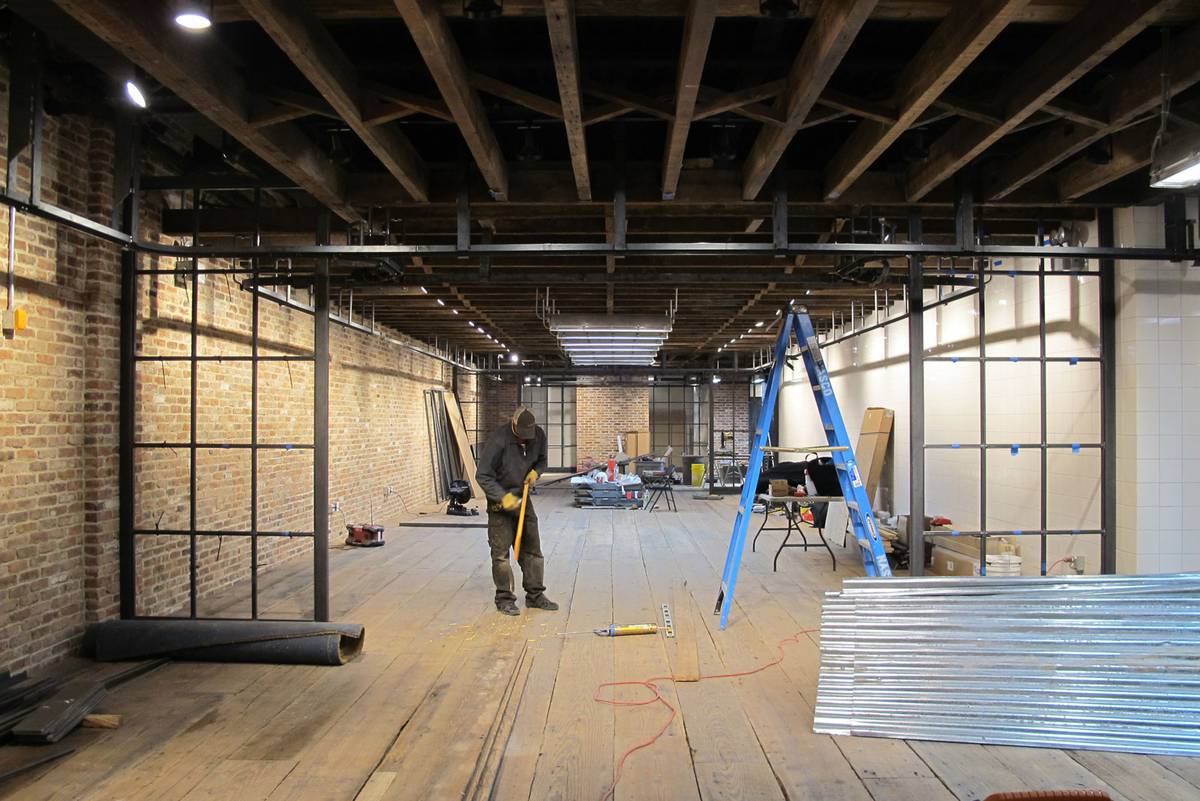 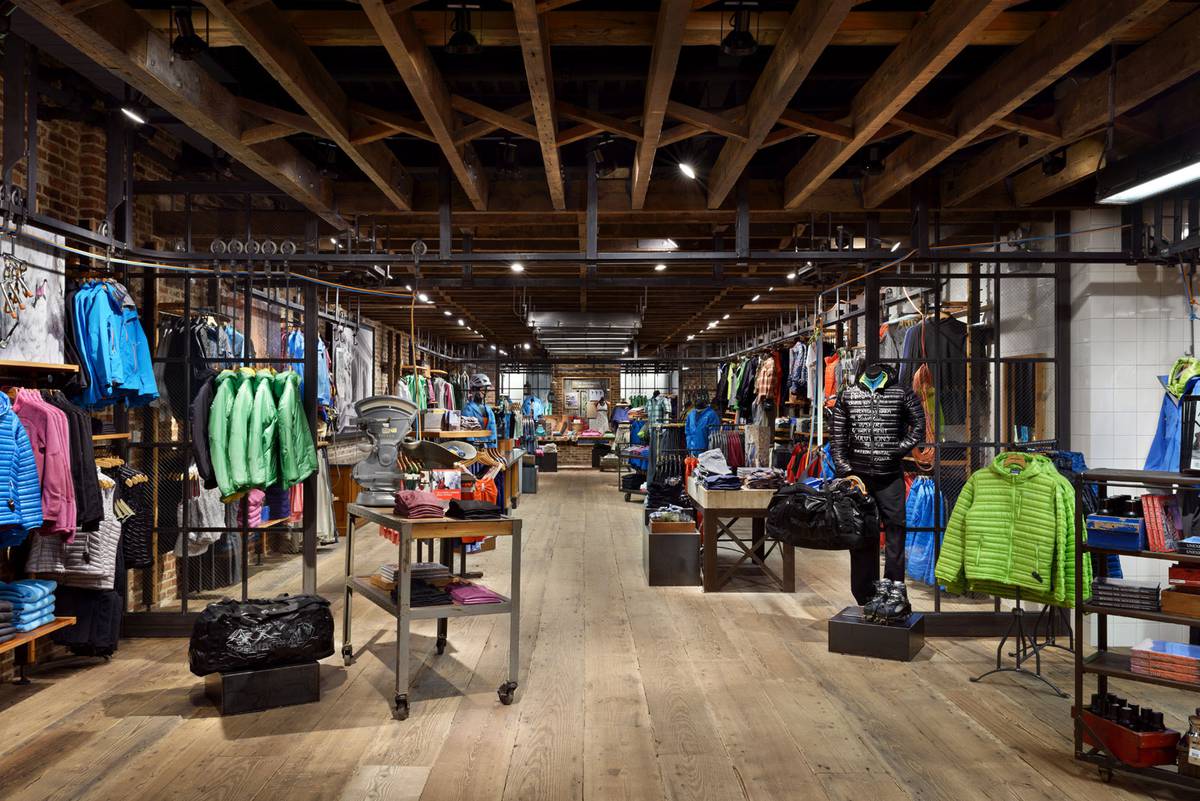