MNA vists the CHAMBERLAIN | PROUVE exhibition at the Gagosian Gallery.

MNA took a field trip to the Gagosian Gallery to view the Chamberlain | Prouve exhibition. With only 30 minutes to spare before the gallery would close, the MNA crowd raced around the gallery space to absorb as much as we could of the exhibition.

We were met by different juxtapositions of Chamberlain’s crumpled sculptures and Prouve’s engineered structures. At first glance, the visual disparity between their two distinct styles was severe. However, upon close inspection the great precision of their ways of manipulating metal was what made their work remarkably similar which differed only in the intention of their expressions. Chamberlain’s meticulousness in the generation of his sculptures’ gestures is obscured by their crumpled and bent outward expression, whereas Prouve’s structures are direct expressions of his meticulous thought and engineering.

As architects, it was great for us to see, in person, the succinct assemblage of Prouve’s tectonic details. Prouve, regarded as one of the twentieth century’s most influential industrial designers believed in applying the same principles used in the making of his furniture to his creation of architecture.

“in their construction there is no difference between furniture and buildings,”
-Prouve

Prouve’s prefabricated houses such as, the Villejuif Demountable House were displayed in a large gallery spaces which created an interesting nested space for the display of Chamberlain’s sculptures within the houses. Remarkably seeing his prefabricated houses assembled as an object within the gallery only served to exemplify Prouve’s ideals; the houses while inside the confines of the gallery was transformed and became like furniture. 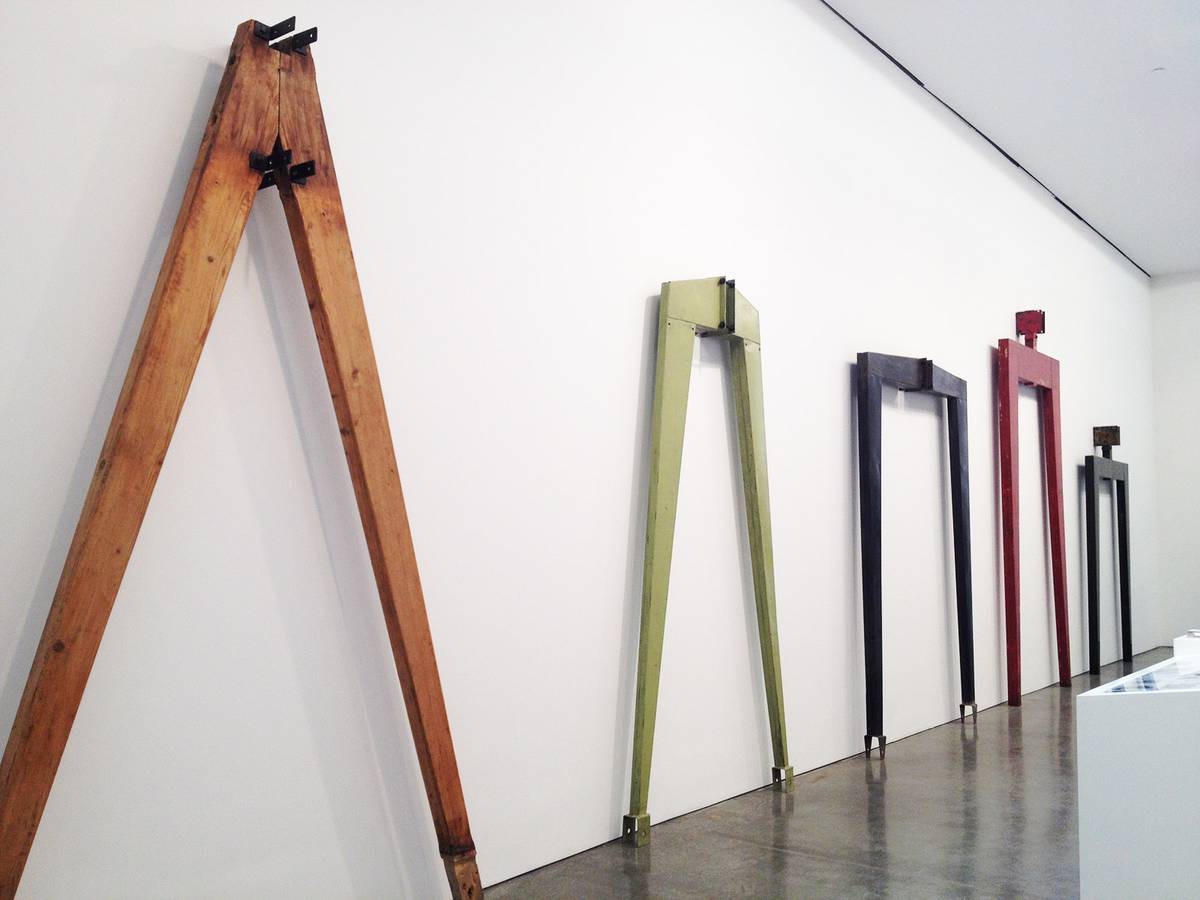 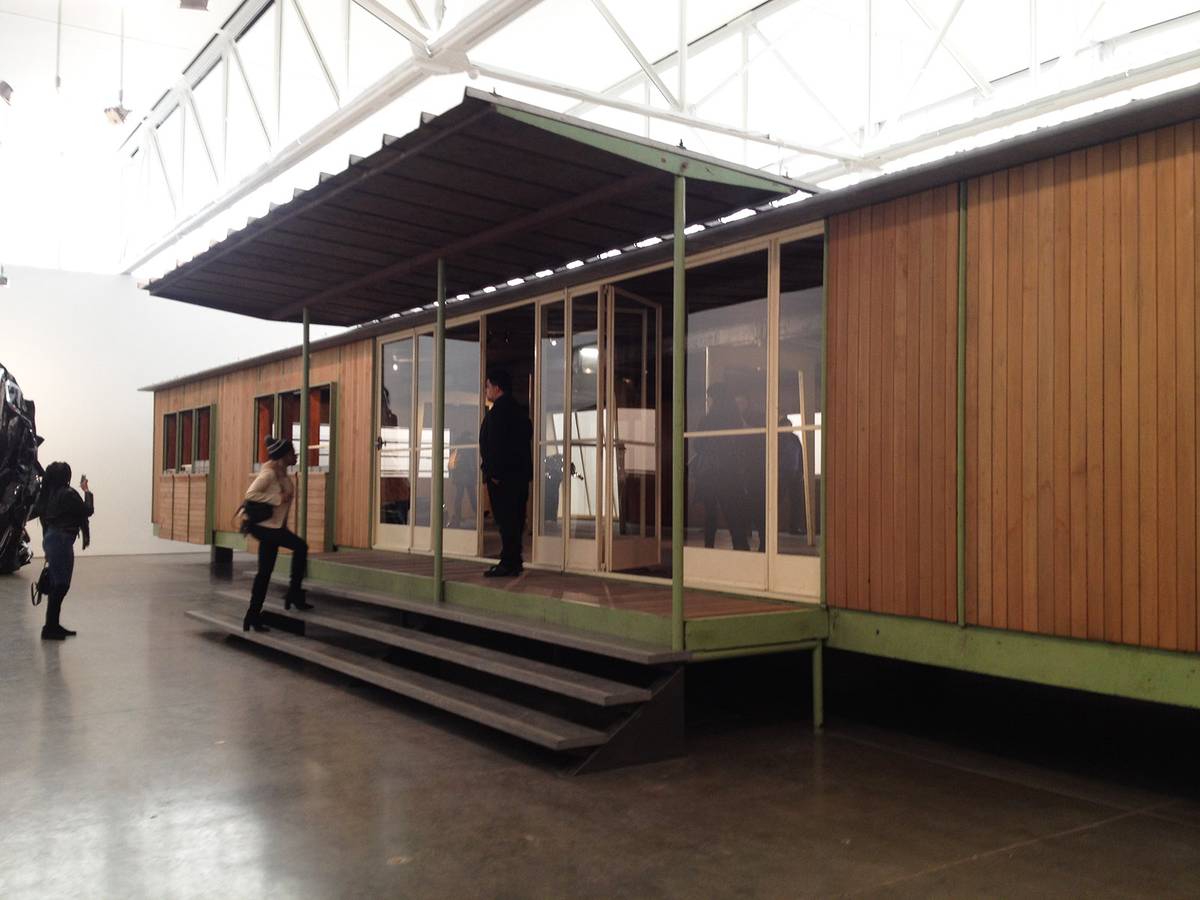 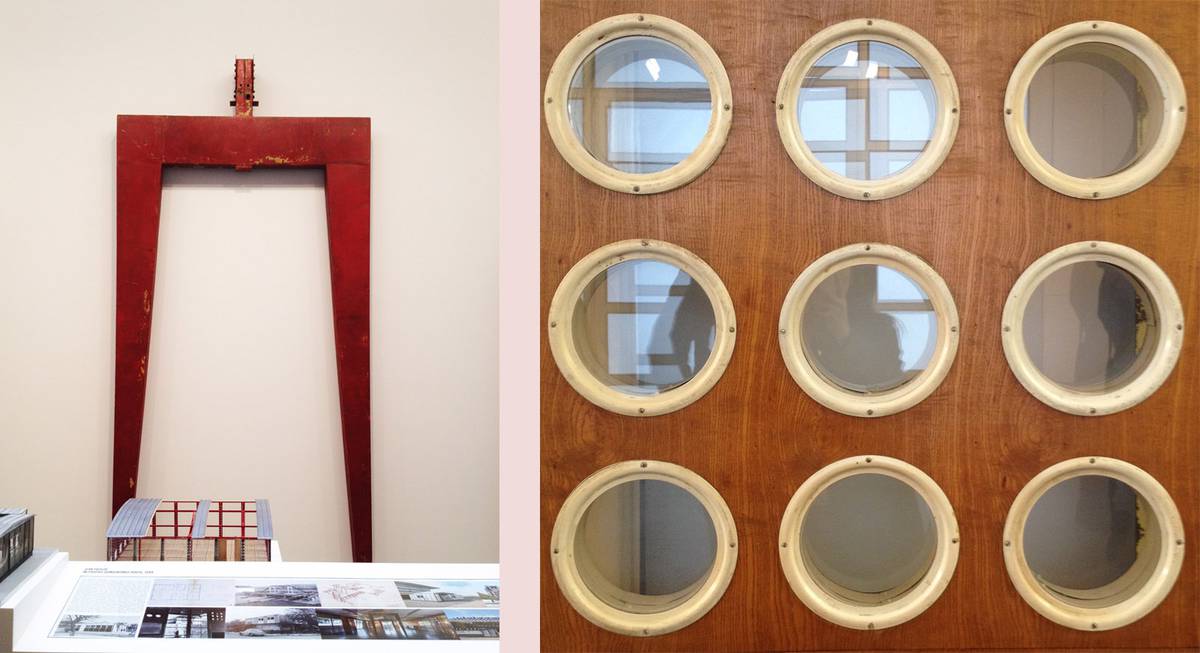