Art, music, wine and friends sets the tone for an art-filled weekend.

After attending the Architectural League’s First Friday at COOKFOX Architects last Friday, Maria, MNA intern Alexander and I headed to the Guggenheim for the year’s first Art After Dark event. Held three times during the year, the museum re-opens its doors at 9pm for guests to view current exhibitions. This evening featured the special exhibitions Italian Futurism, 1909–1944: Reconstructing the Universe and Carrie Mae Weems: Three Decades of Photography and Video.

We spiraled up the Guggenheim’s famous ramp viewing the chronological exhibition presenting futurist visions expressed in various art forms. Architects were also involved in the Futurist movement, and it was particular pleasing to me to see included in the exhibition, works of Antonio Sant’Elia, whom I had studied during my time at the University of Melbourne. Through delicate line drawings, Sant’Elia was able to translate futurist ideas into utopian urban forms for cities of the future. We also viewed Carrie Mae Weems’s traveling 30-year retrospective, primarily featuring photographs, which investigated race, gender and class.

Afterwards on the museum’s main floor, we were able to mingle with fellow members and friends over wine and enjoy a playlist compiled by artists Carrie Mae Weems and Carl Hancock Rux – setting the tone for the kick-off to a weekend full of art shows from VOLTA NY and the (UN)Fair to the Whitney Biennial and the Armory Show, thus concluding Armory Week. 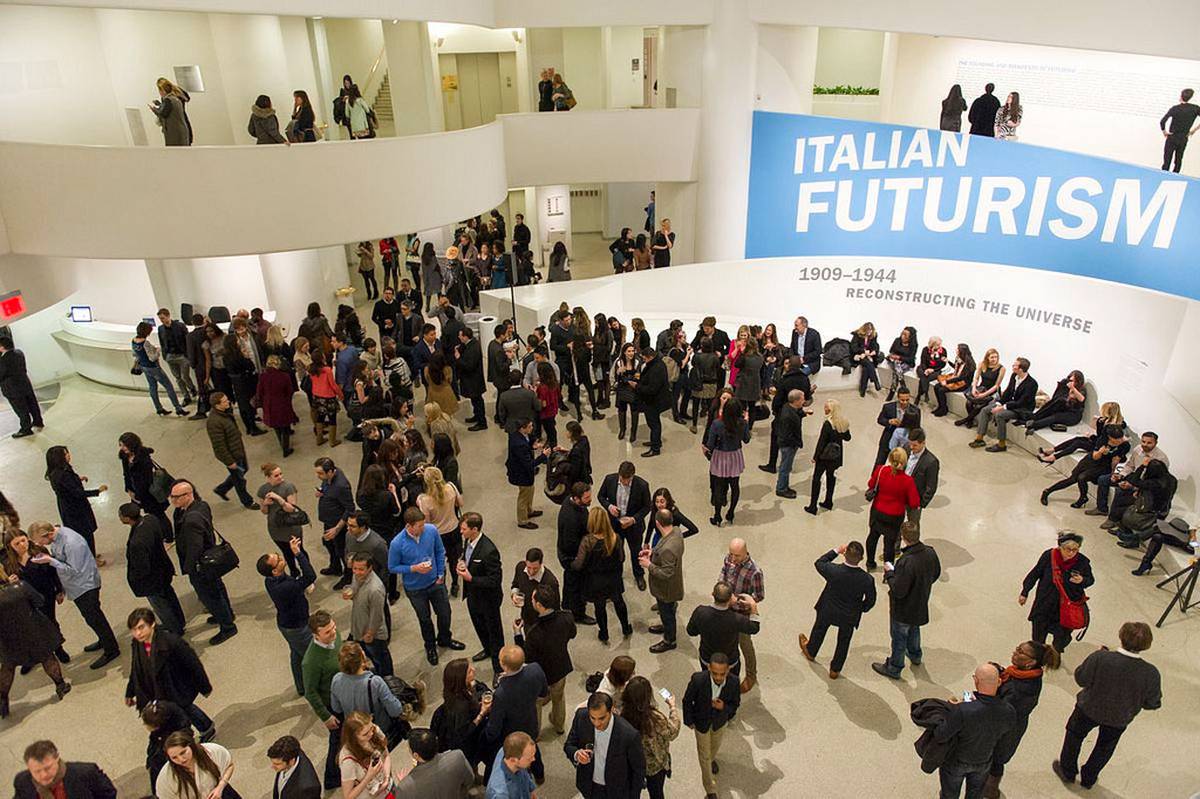