A Face Lift on the North Fork.

Truth be told, over the years this ranch house had a little work done. In fact, a little too much work … which left it looking like a collision of alot of other little houses, none of which were really working together. The interior was chopped up into small rooms and looked like time stopped in 1974. But our friend Deb and her husband Shannon saw the potential. The house had good bones and was a stone’s throw away from the Peconic. Through the years we have collaborated with Deb and her company Worktable NYC on a number of projects, always with amazing results: Martin & Osa, Calypso, Tommy Bahama. We knew that working with Deb on her own place would yield something special.

The old plan shows the accretion of parts. To open up the plan and simplify it, the cramped eat-in kitchen was blown out to make a foyer and a dining room. The dining room and living room now read as equal volumes on either side of the hearth wall. To reinforce that equality, matching deep decks with three doors were added off the dining and living rooms. The kitchen was moved to the other side of the house, with its own small deck for grilling.

1 - A primary goal was to simplify the circulation and the roofline and to just pull the whole house together. Years of additions made a jumbled mess of rooflines. We literally raised the roof in order to align all the parts.

2 - The dark and cramped eat in kitchen was opened up to make a foyer and dining room, with the back of the existing hearth wall maintained and whitewashed.

3 - In the living room, the ceiling is demolished and the roof is raised to make a lofty, cathedral ceiling with exposed collar beams.

4 - Opposite the fireplace in the living room, a jumble of windows and doors is replaced with the three double glass doors that lead to a deep deck. Existing damaged and sloping wood flooring is replaced with all new floors of reclaimed, wide plank heart pine.

5 - At the end of the renovated hallway, the Master bedroom glows with light. A reclaimed wood door on barn door hardware gives detail while providing privacy to the pantry.

6 - The renovated guest bathroom retains the language of the white paneled bead board in the original, but with horizontal boards that tie the whole room together. 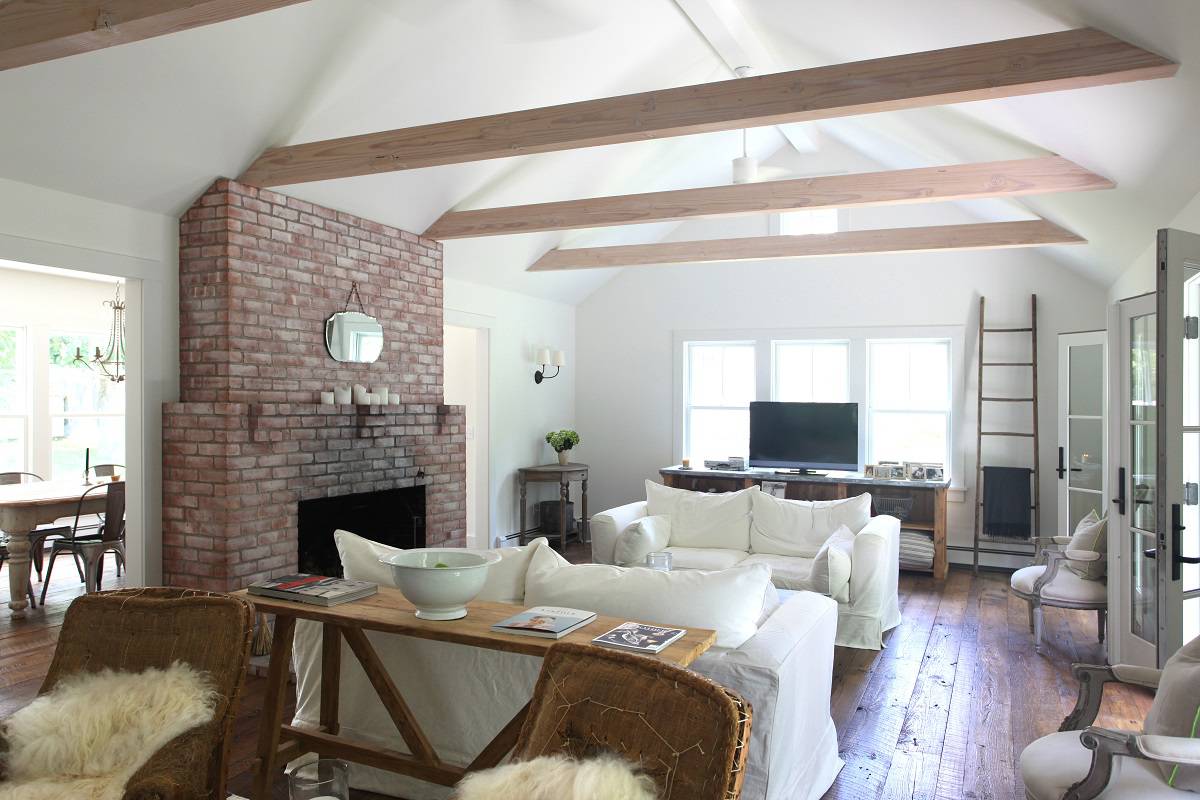 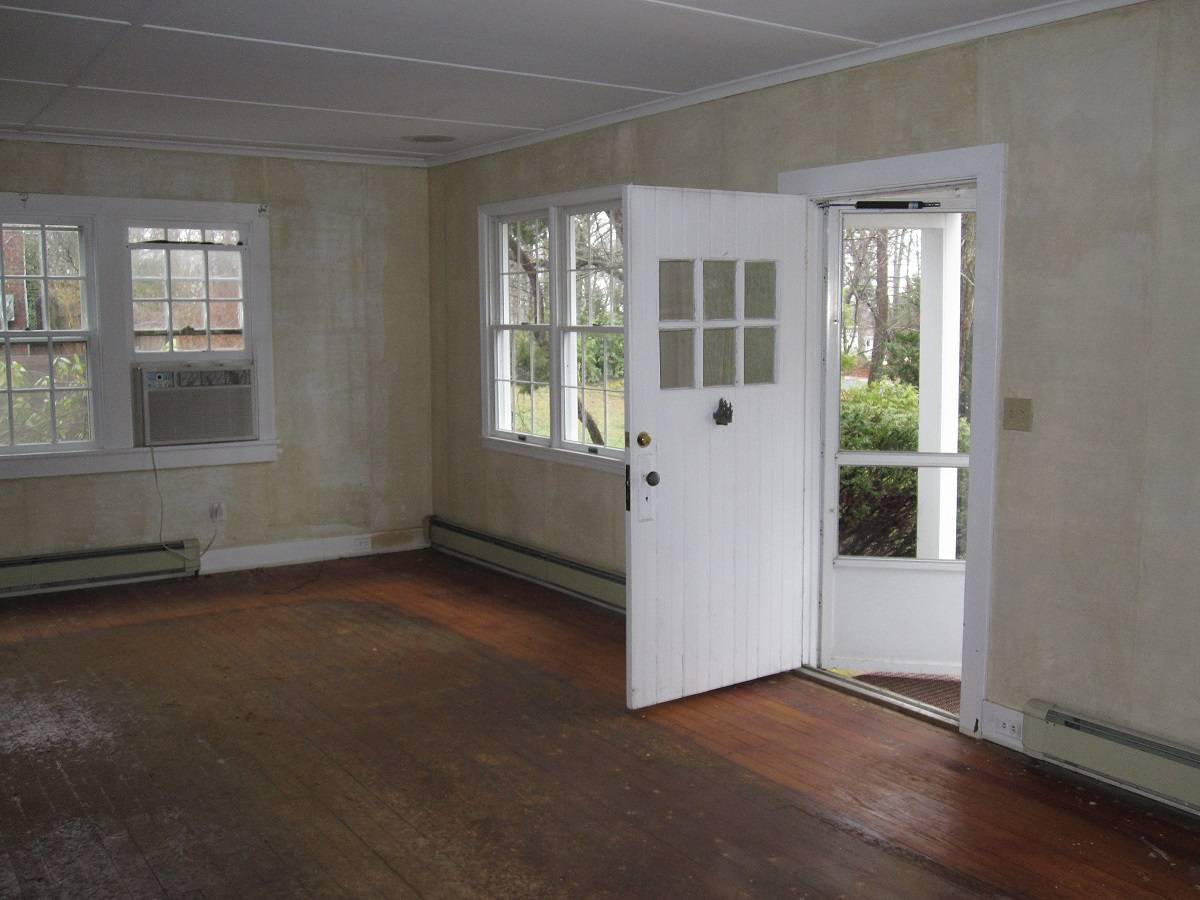 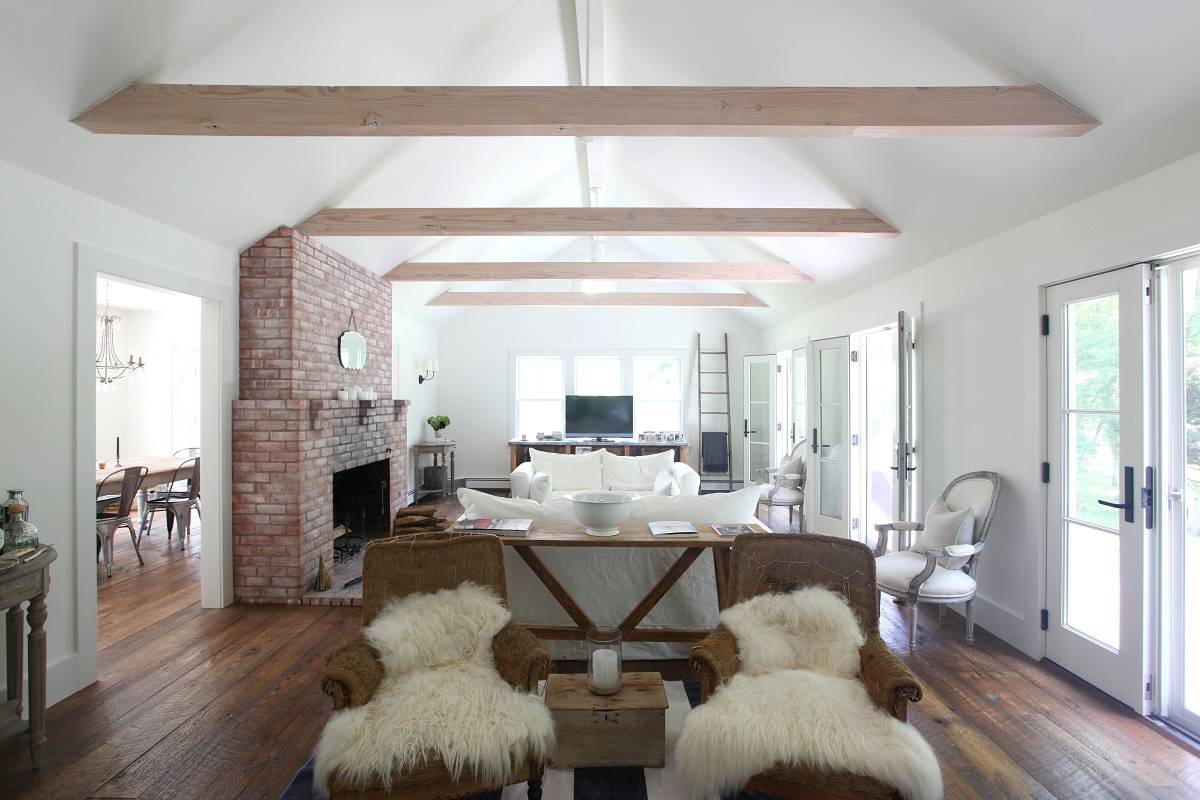 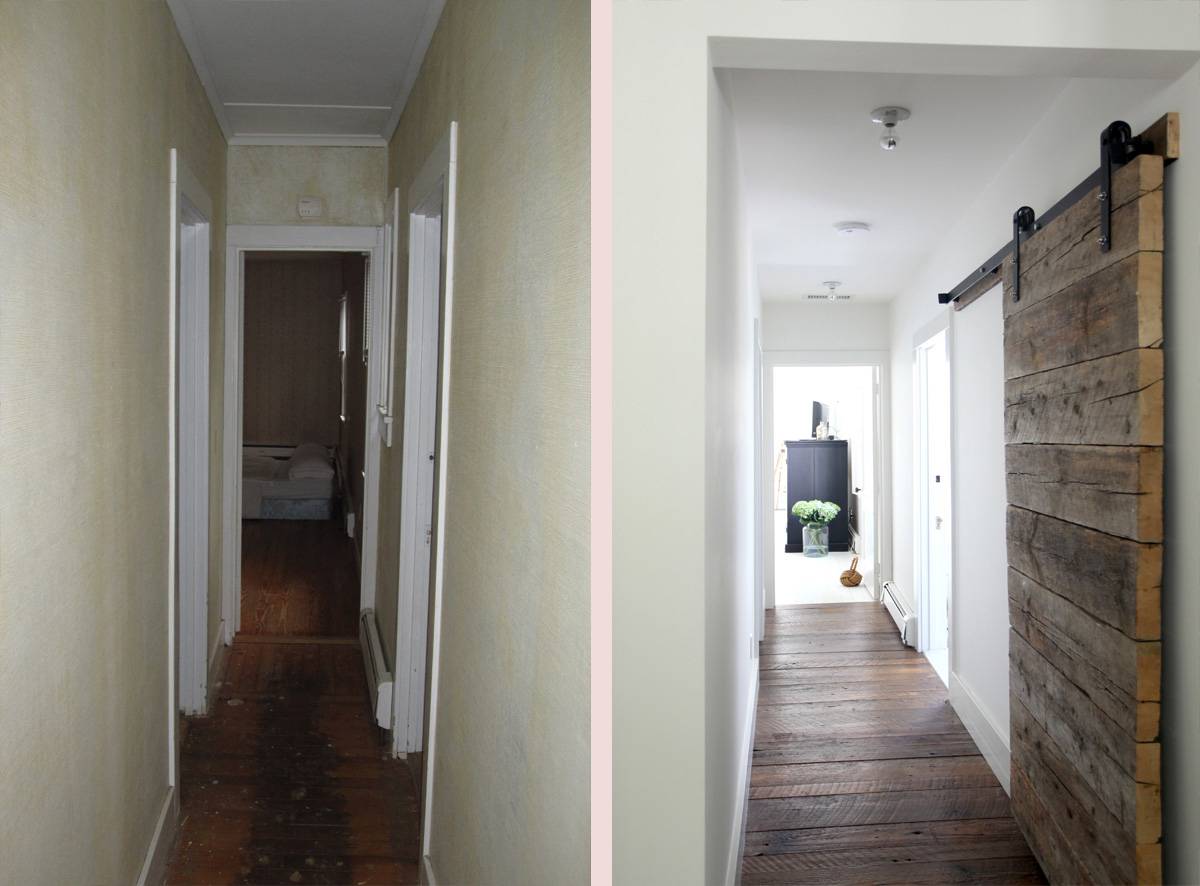 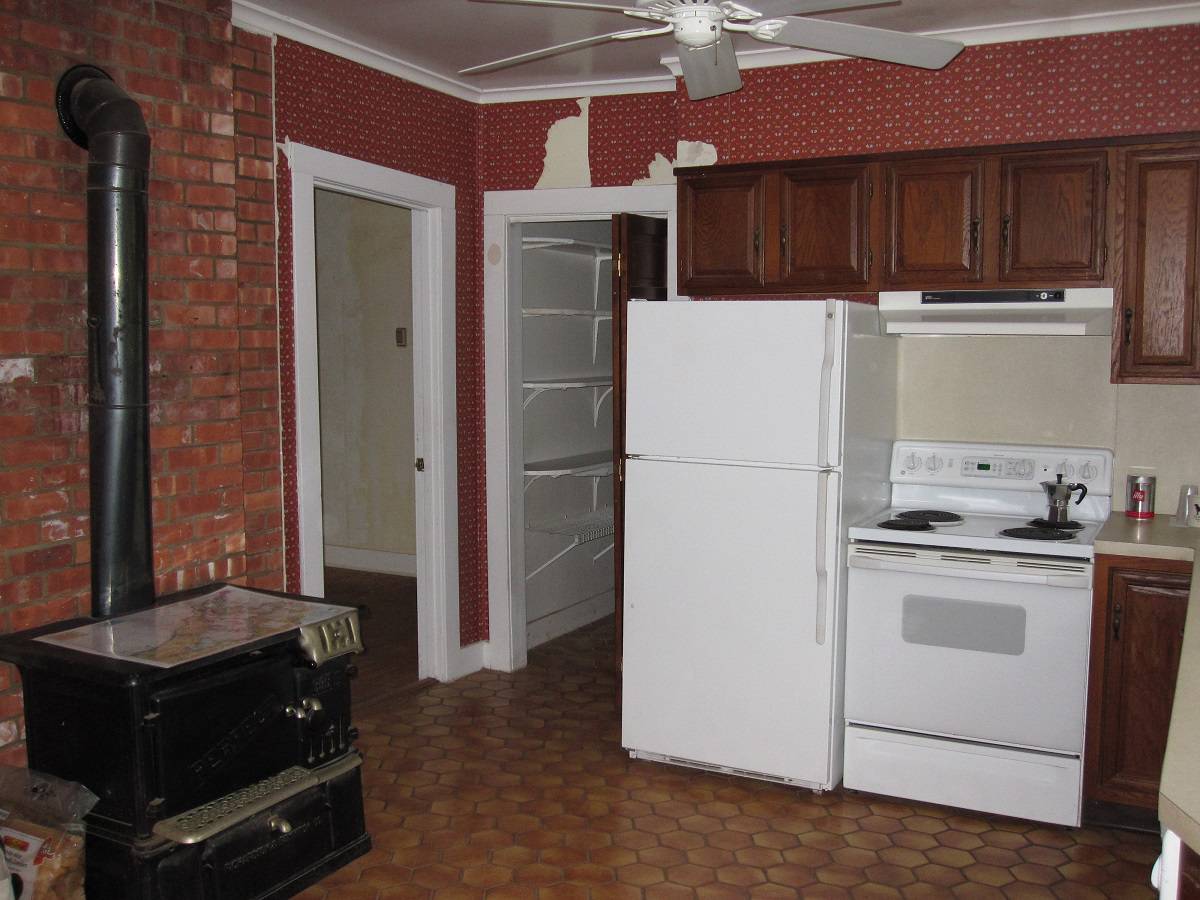 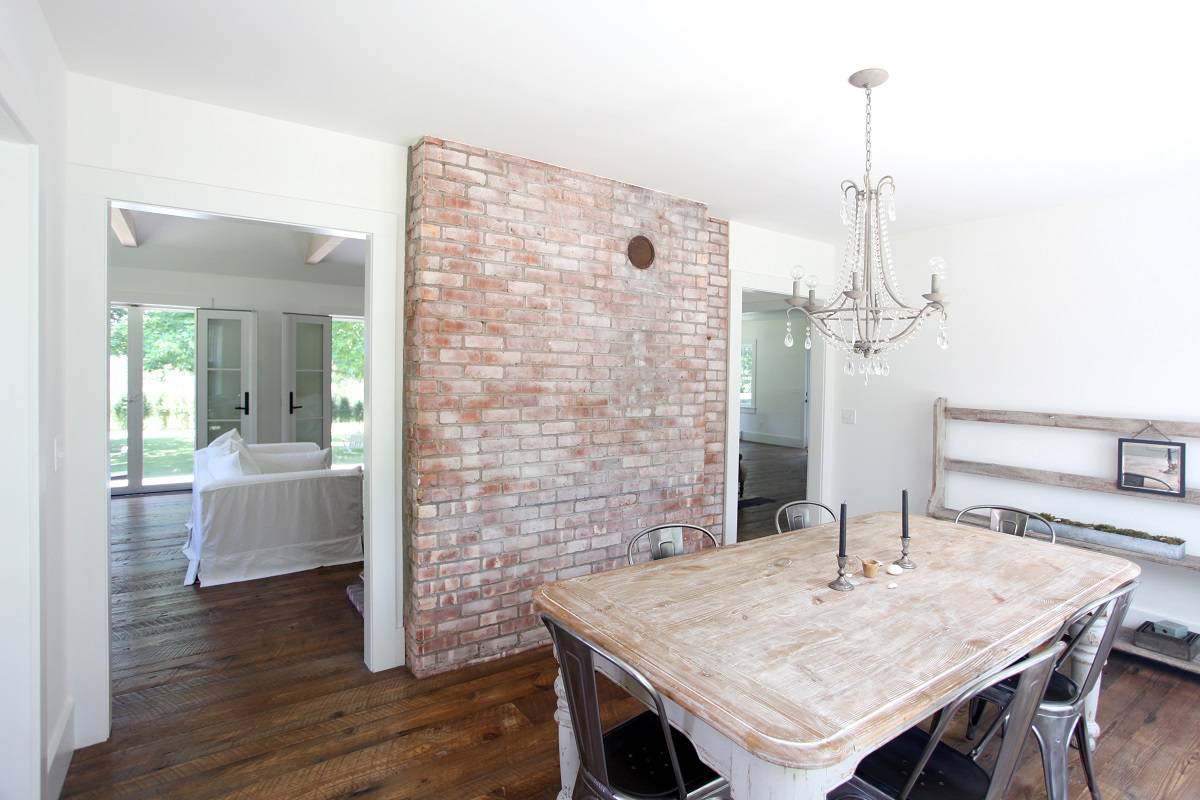 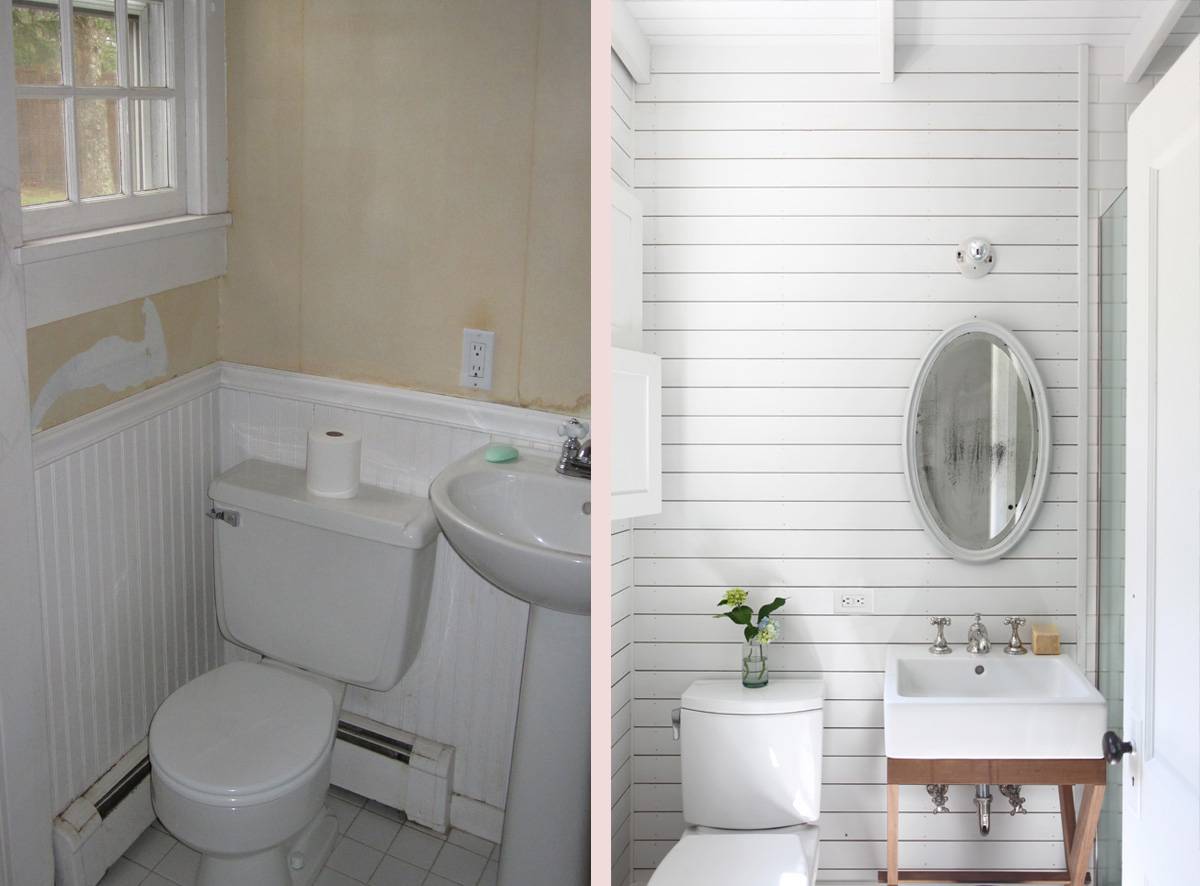 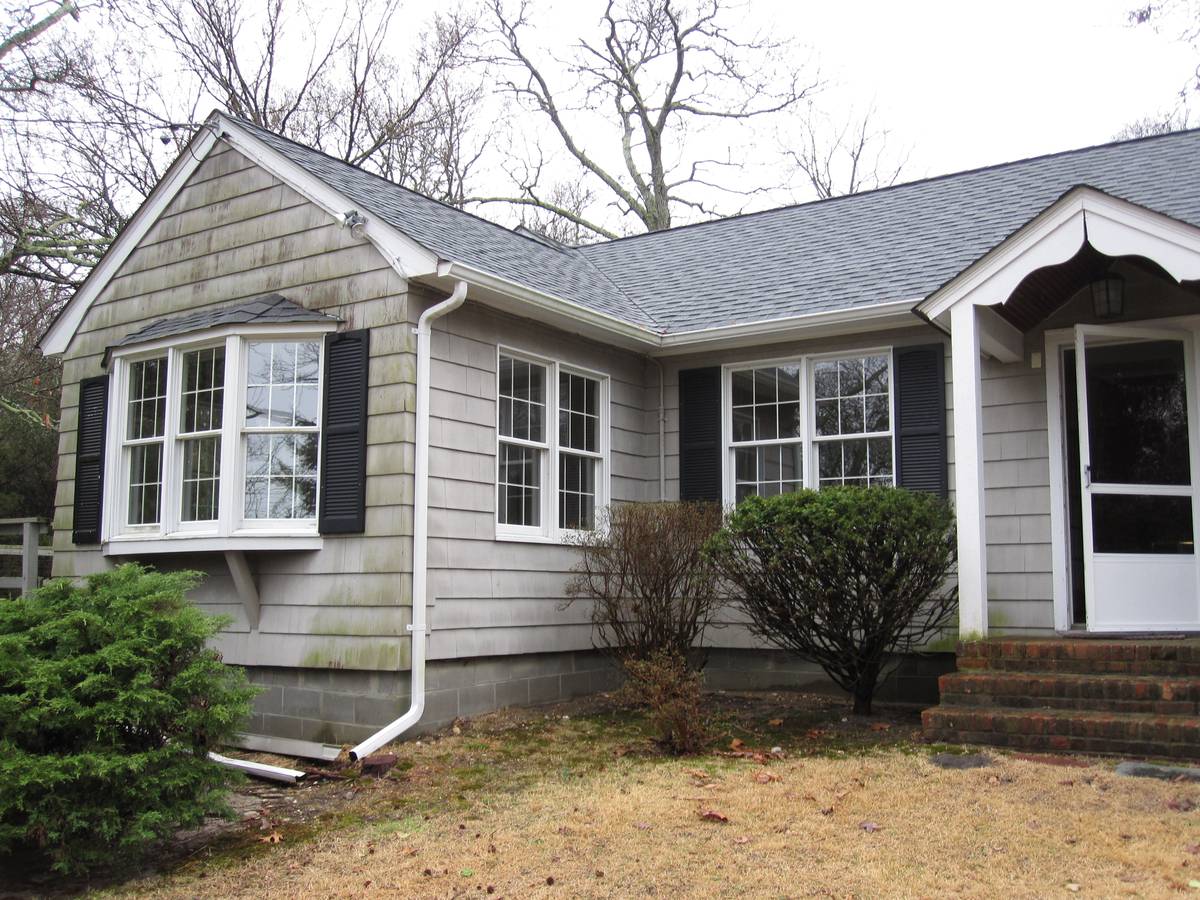 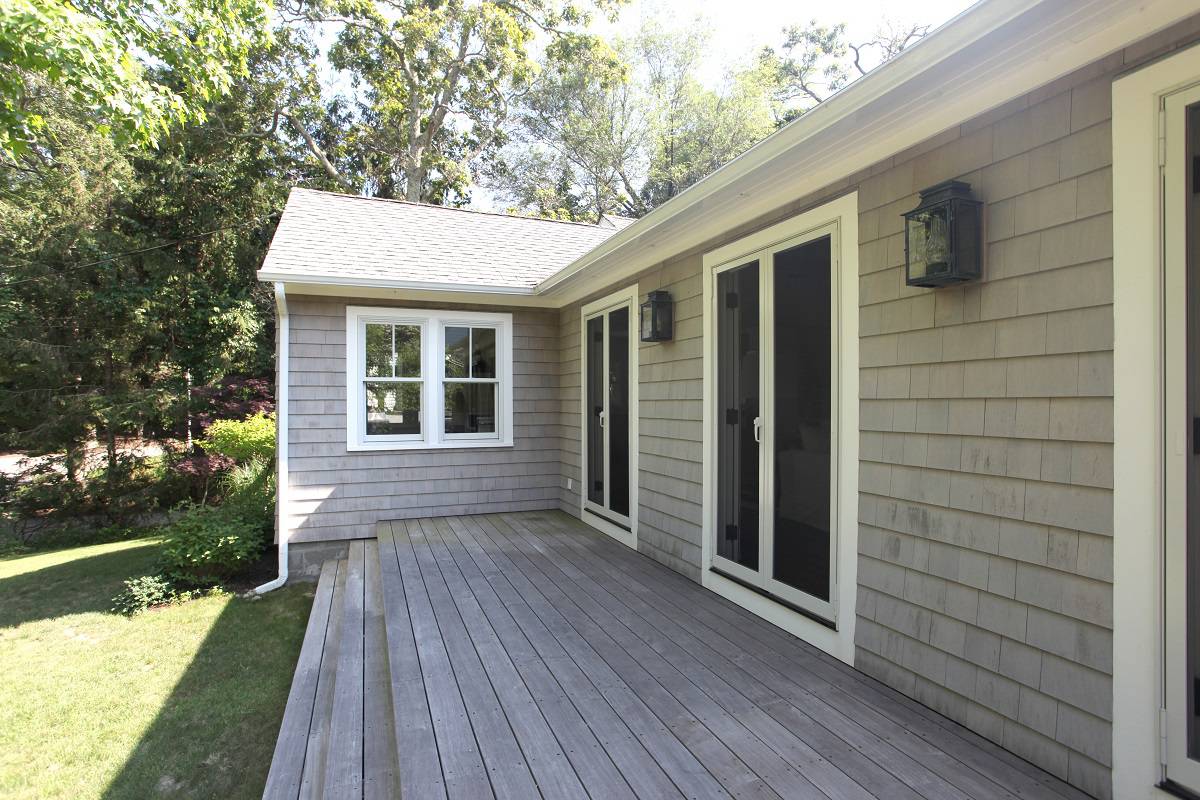