Sterling Ridge: Before and After

Dark, formal spaces, and quirky additions combined to make this 1920’s stone house feel much smaller than its footprint would appear.

The new owners, who were making the move from a TriBeCa loft, wanted to maintain the sense of openness and abundant natural light they were used to. Their challenge to us for this whole-house renovation and addition was to rethink the interior in a way that would be a refreshing surprise; to make it function for a modern family and provide an edgy contrast to the more formal exterior.

The husband, who is a general contractor and would also build the project, pushed for some major gestures to the exterior that would open up views and flood light to the interior spaces. The changes become evident as you approach the front door. A double height entry in glass and steel has replaced the existing cramped entry vestibule and offers wide open views of the bluestone and oak foyer within, the open living room, and an identical glass and steel wall beyond. These walls bookend the main volume of the house and allow light to penetrate through the new open plan to the entire house, where a more contemporary palette replaced existing heavy finishes.

The previous formal kitchen and dining rooms were gutted and combined into a single modern light filled space with direct access to the reworked outdoor living spaces beyond. Because of an extreme grade change in the rear of the house, the previous backyard patio was separated from the main interior living spaces and located at basement level, making it inconvenient and therefore rarely used. The solution was to take advantage of the added views from the new two-story steel and glass facade, raising the patio a half level up, to be used as a grand landing on the procession down to the garden.

The existing two car garage was converted into a relaxed double height family room, home to a new back stair, privacy screened in natural oak, offering quick access to the bedrooms above. To replace the lost parking, we added on a new garage structure, which gave the opportunity for a glass enclosed bluestone and oak mudroom with a blackened steel overhead bridge connecting the existing private areas to a new guest suite above the garage. 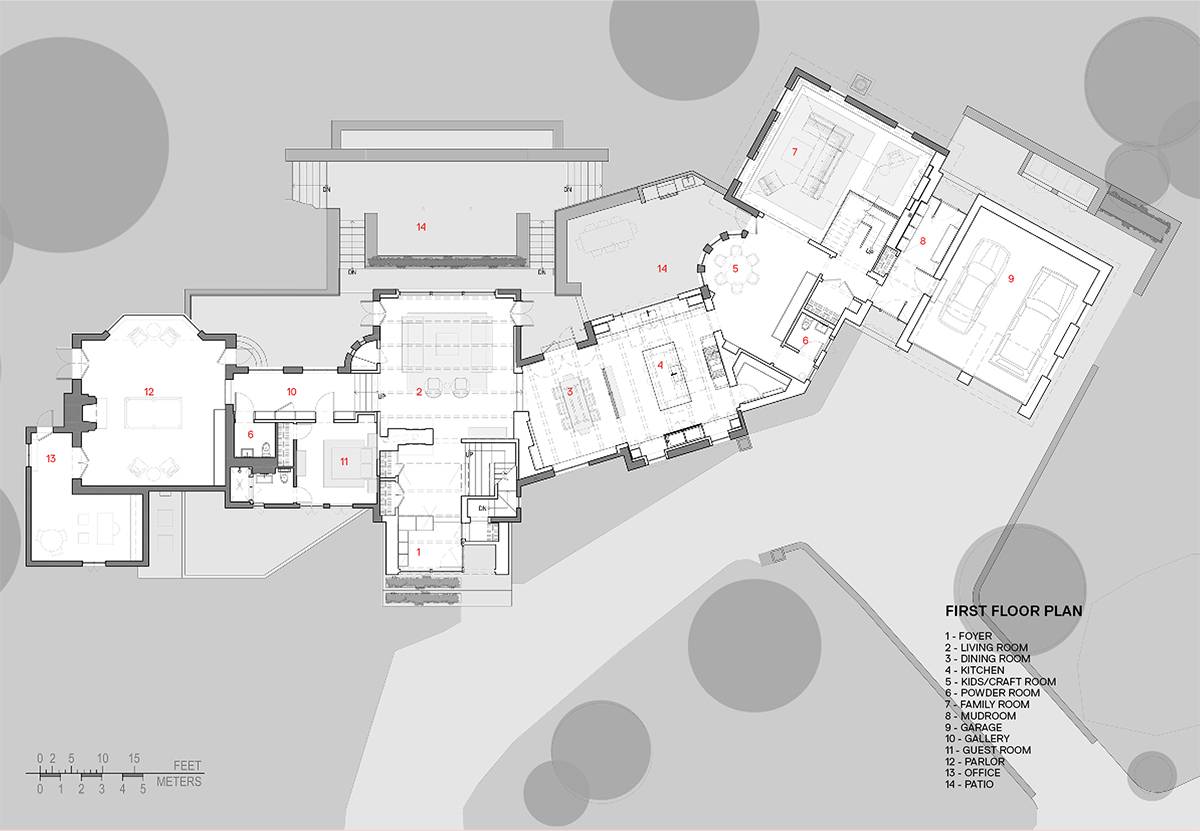 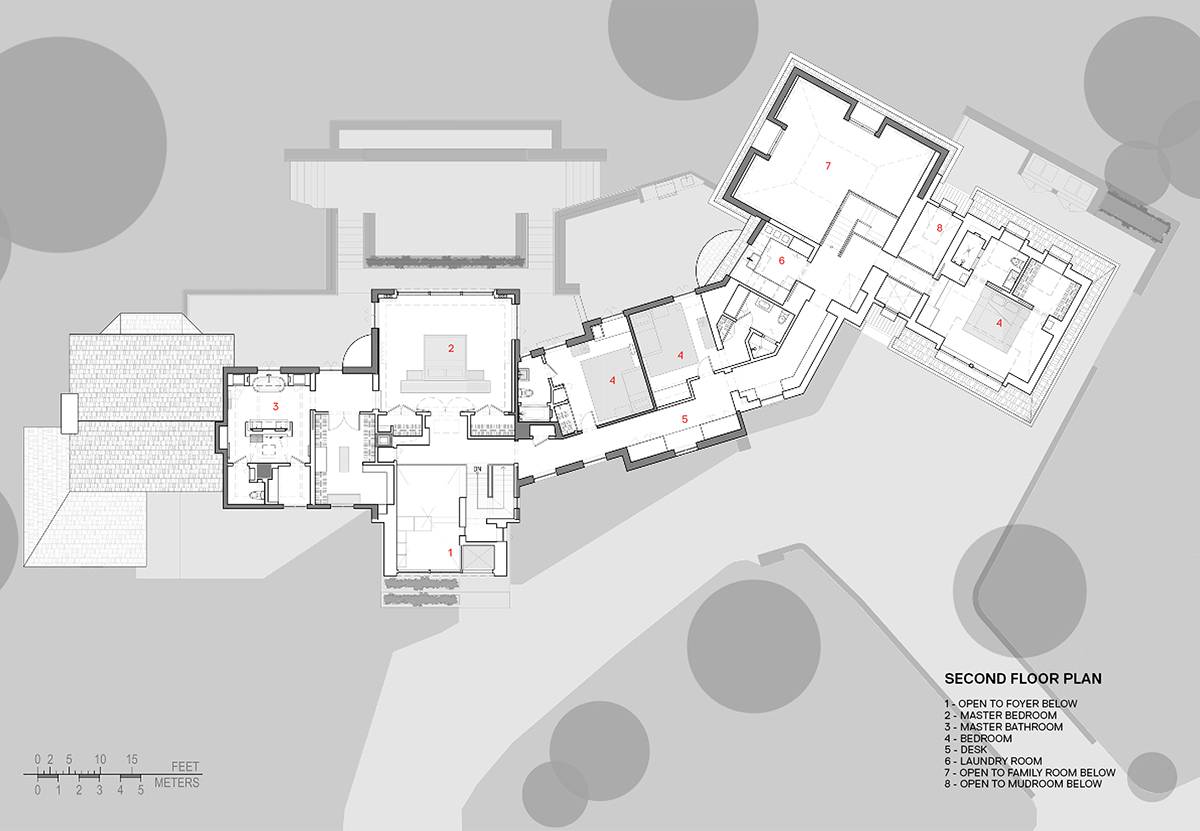 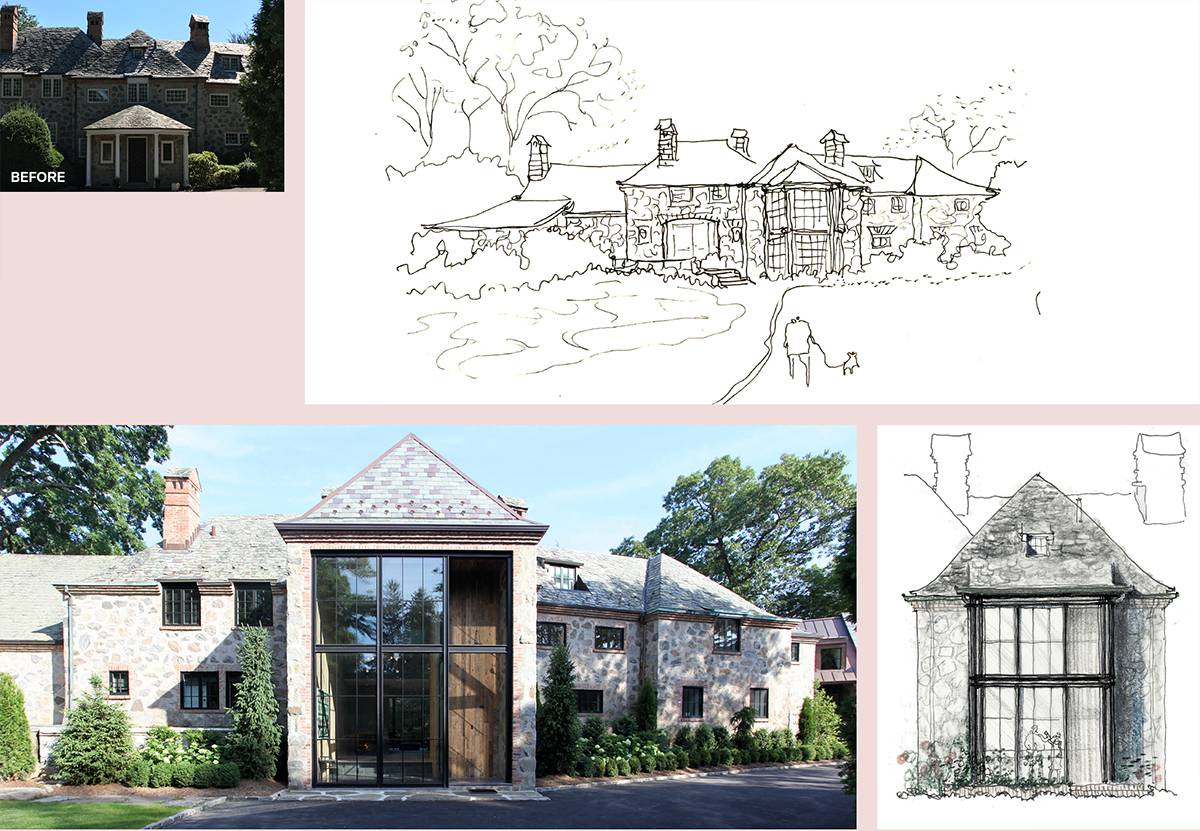 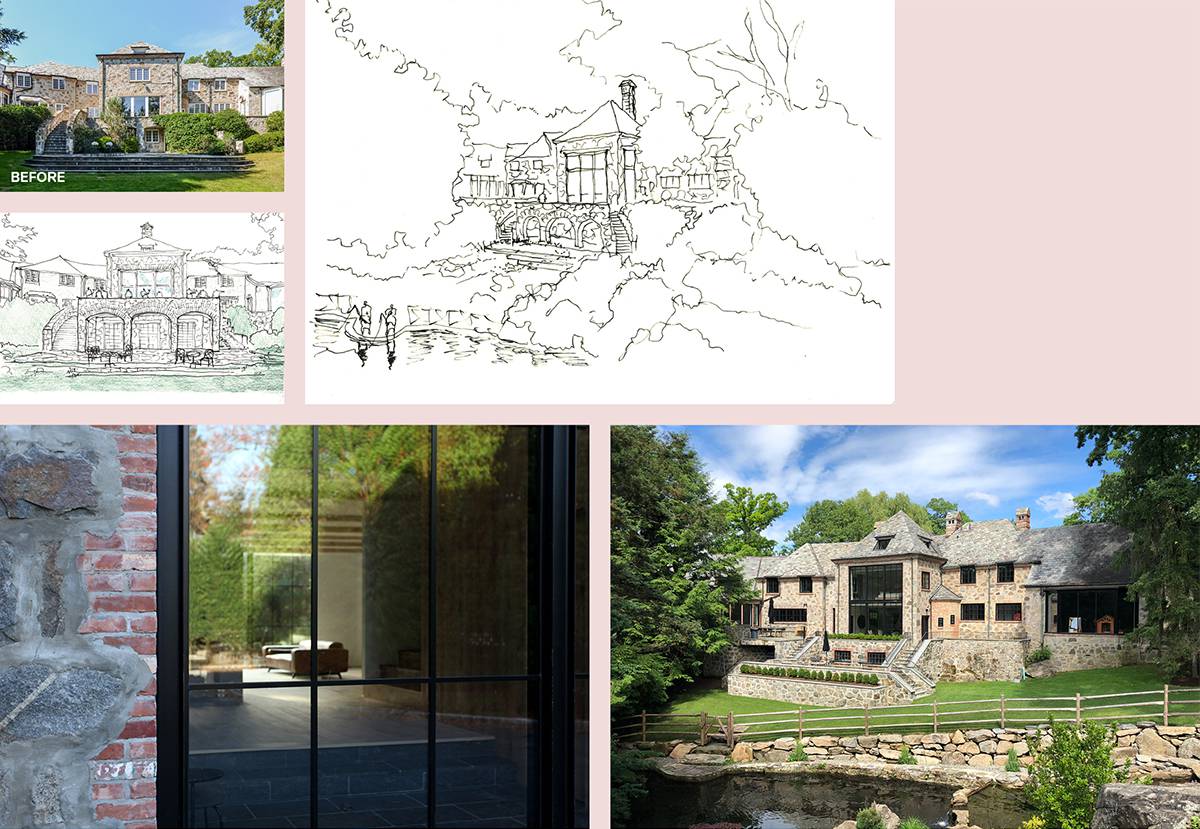 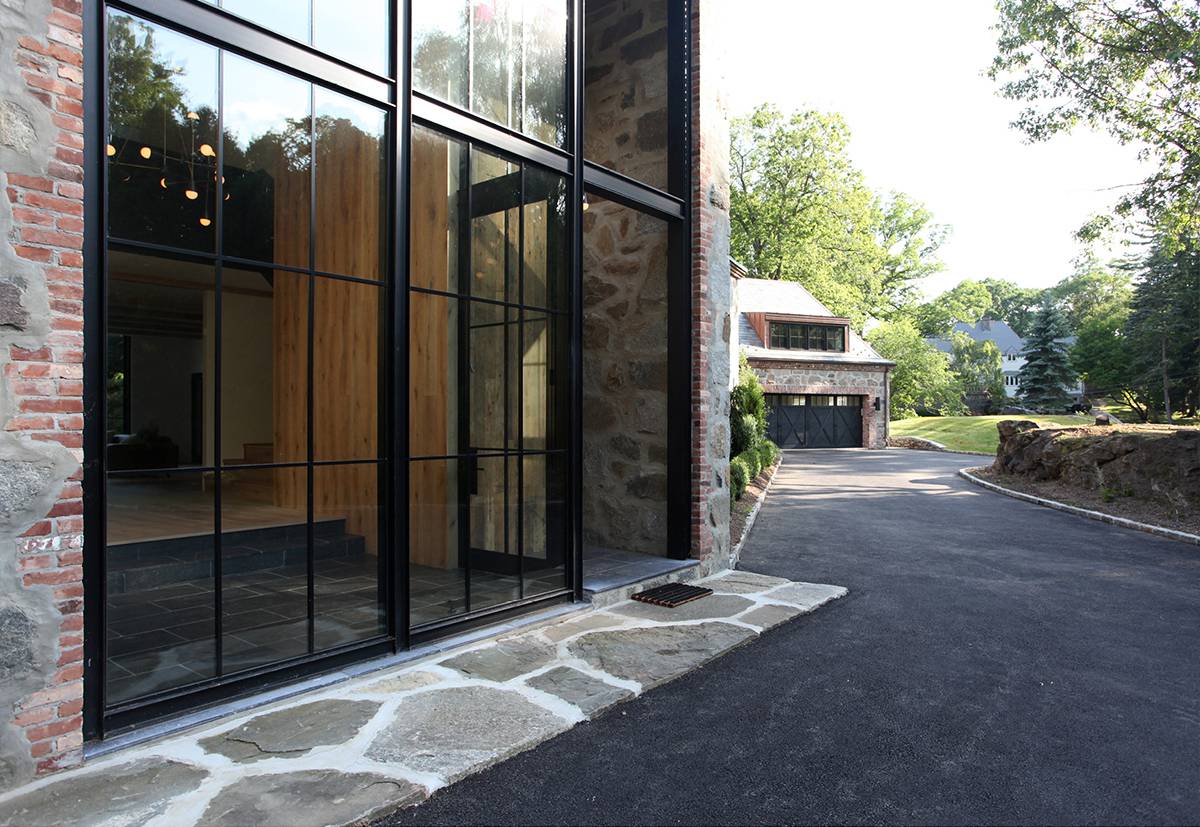 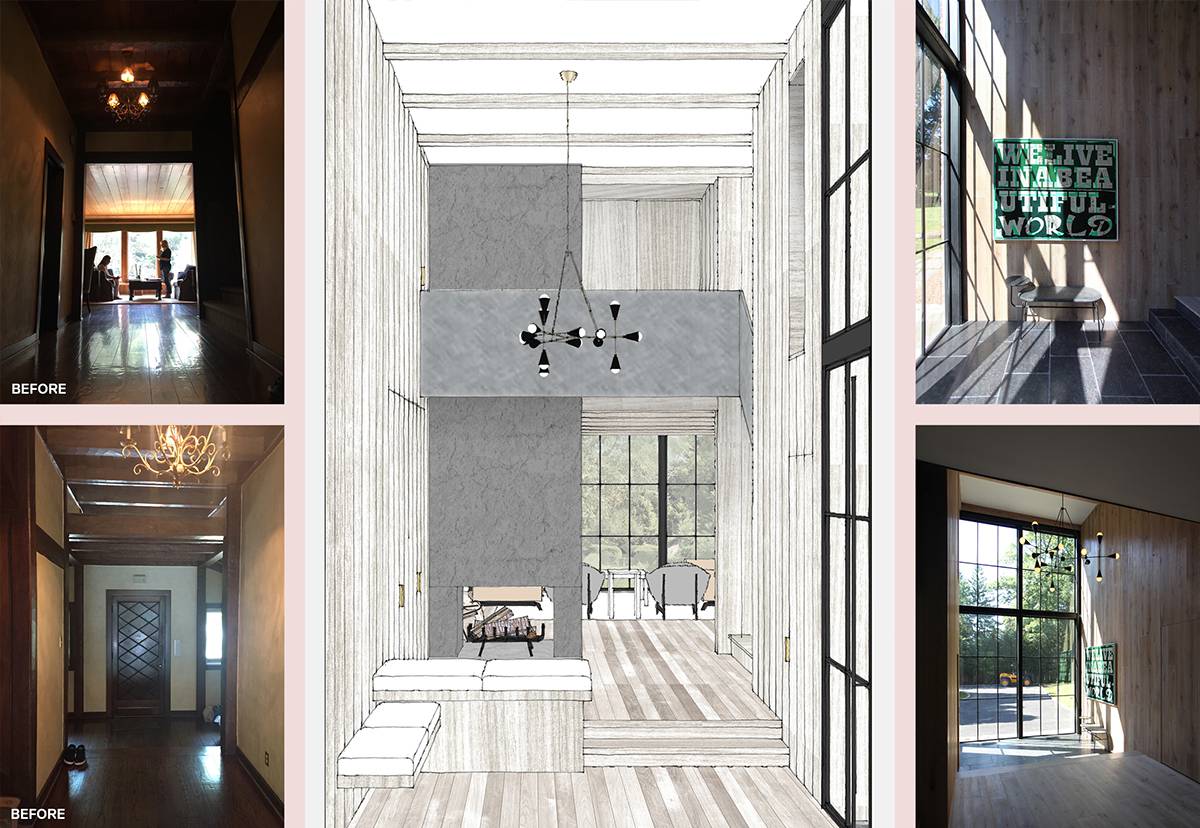 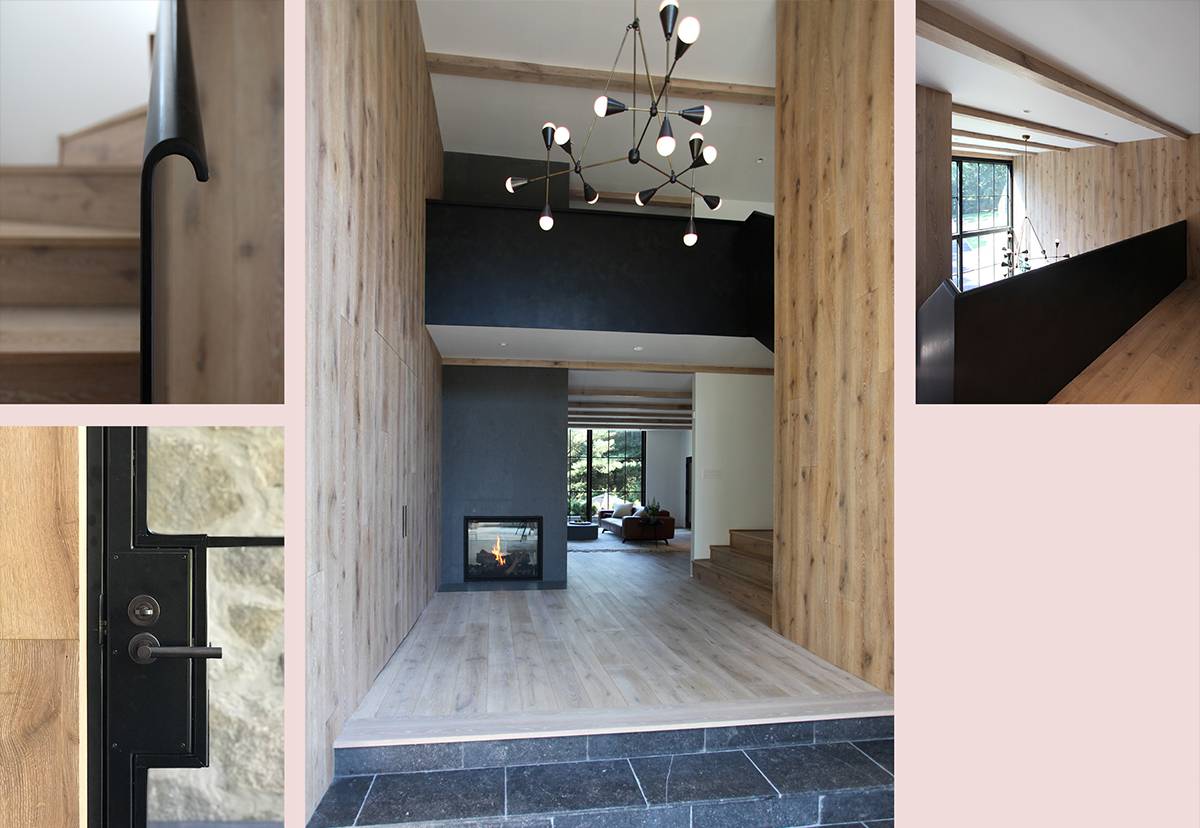 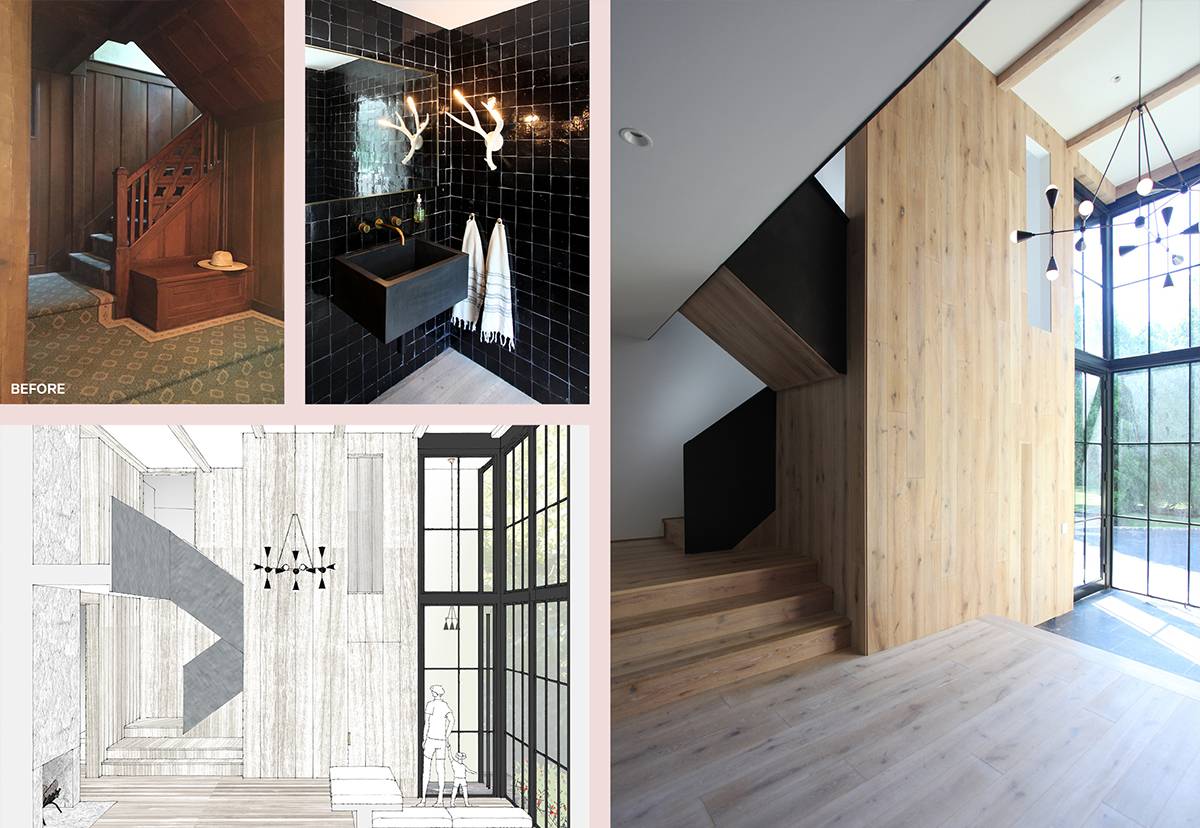 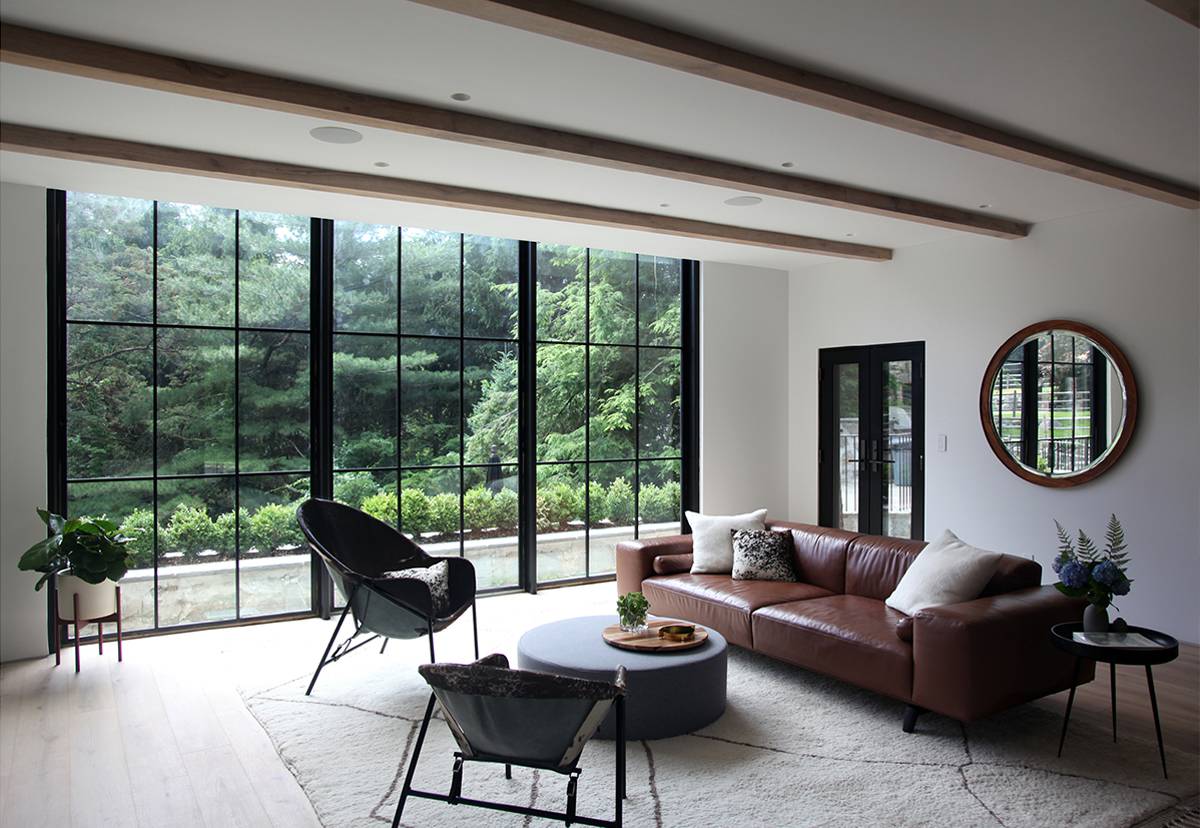 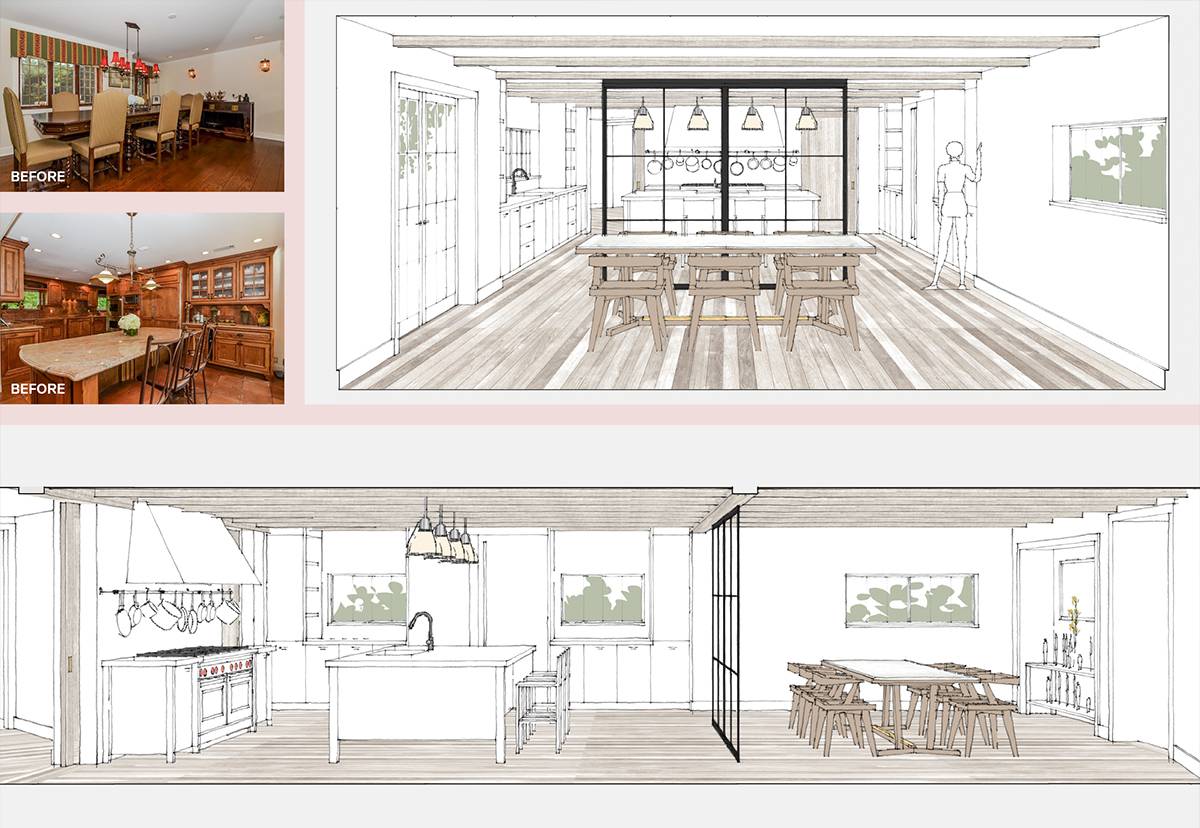 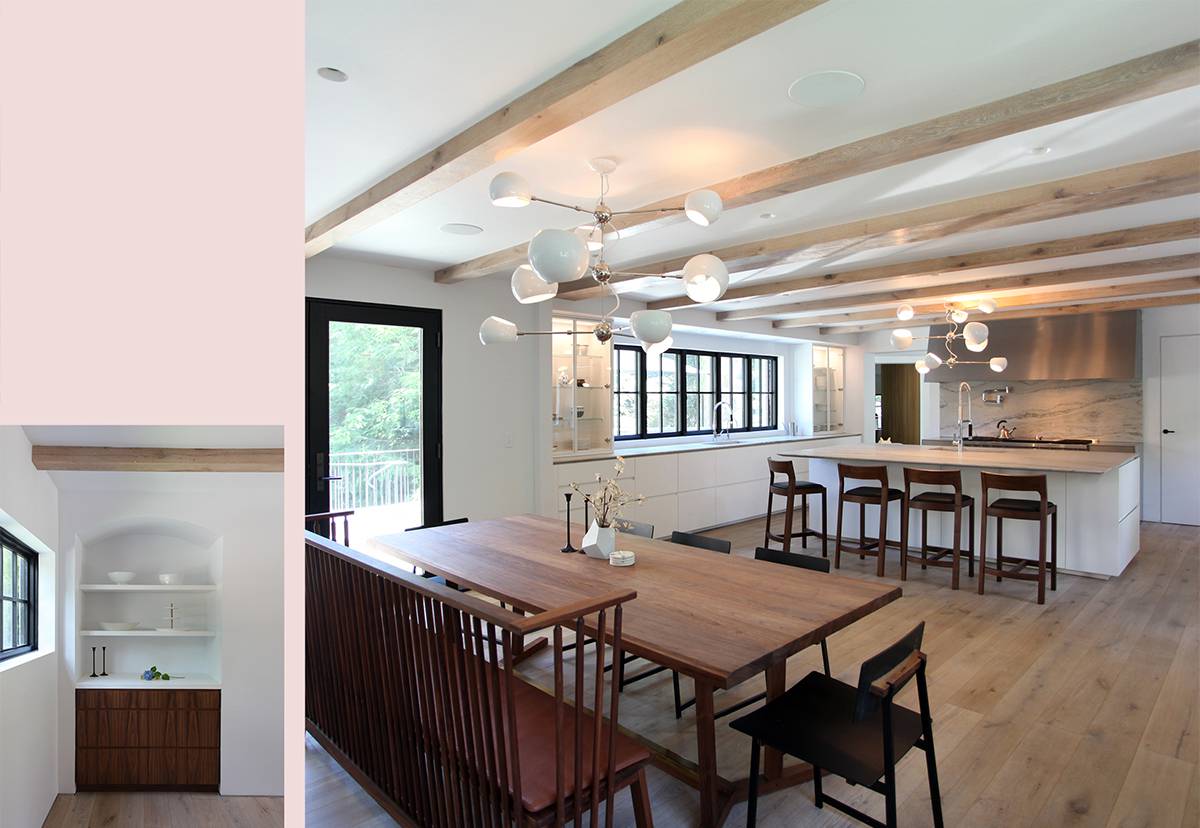 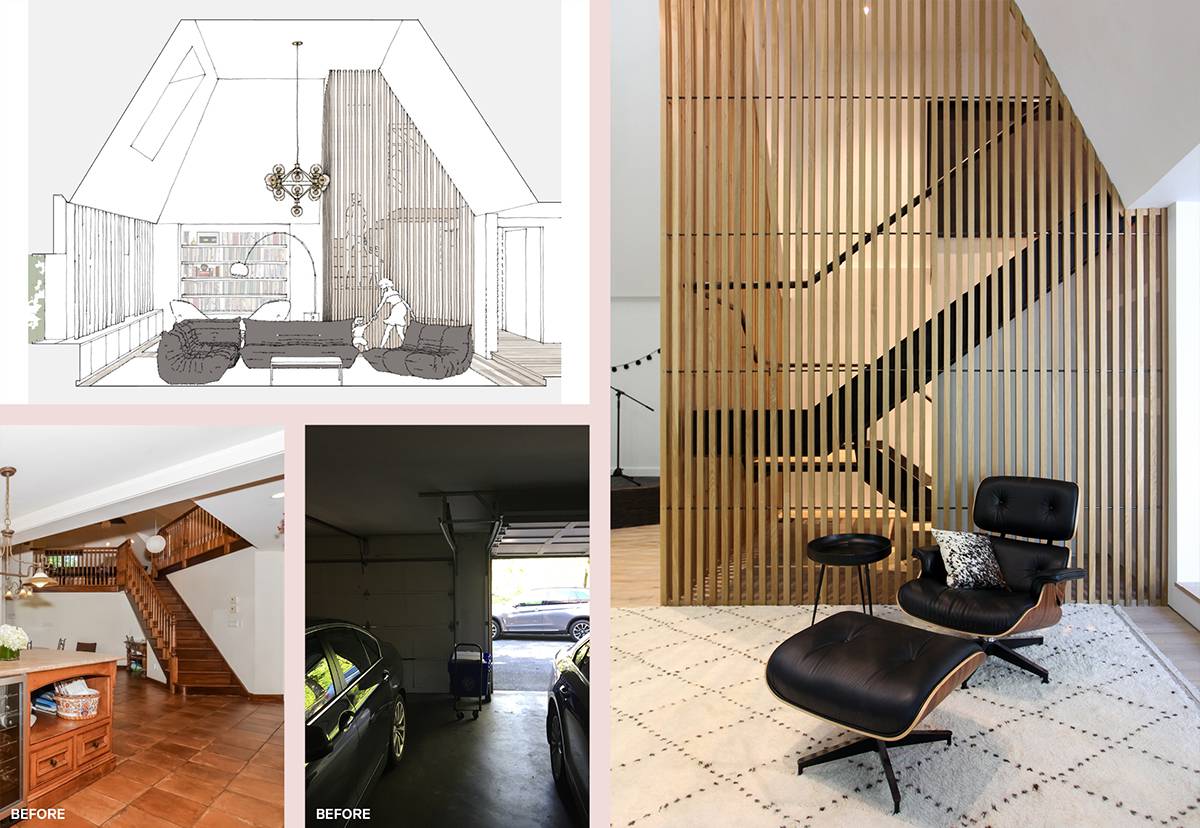 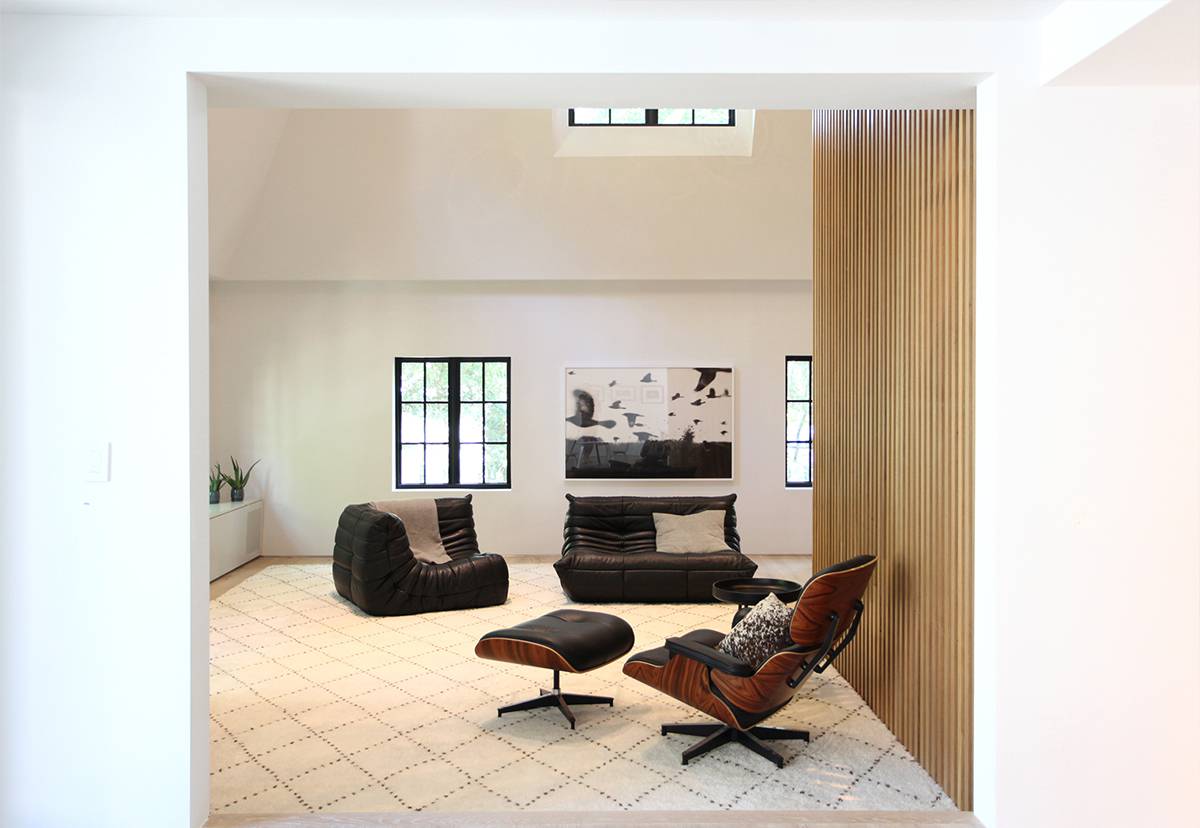 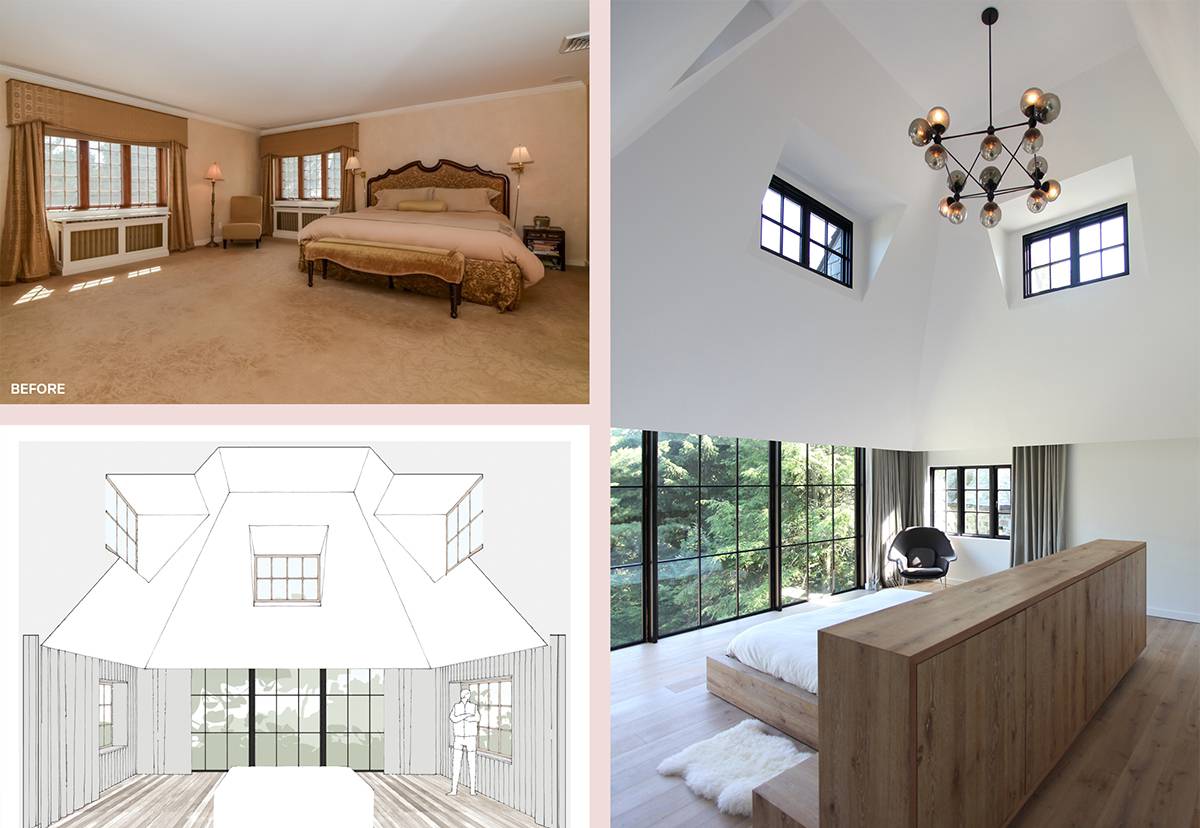 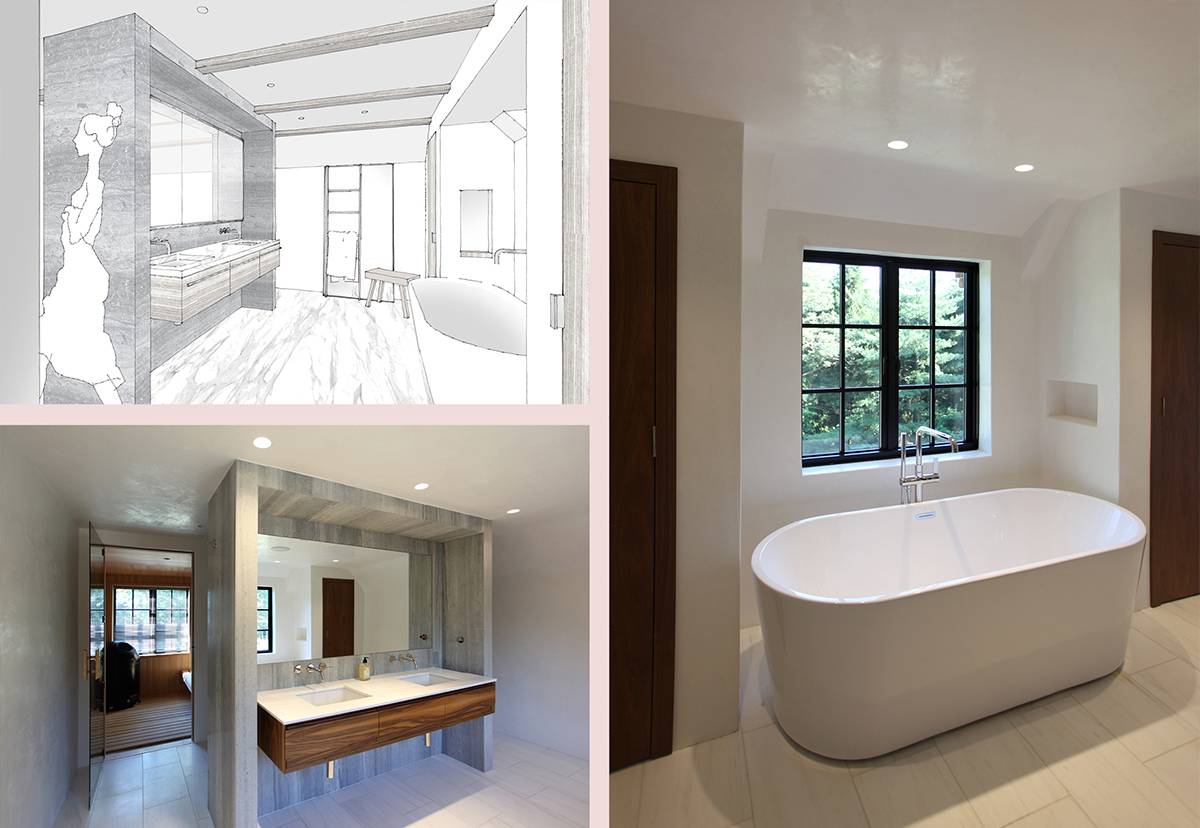 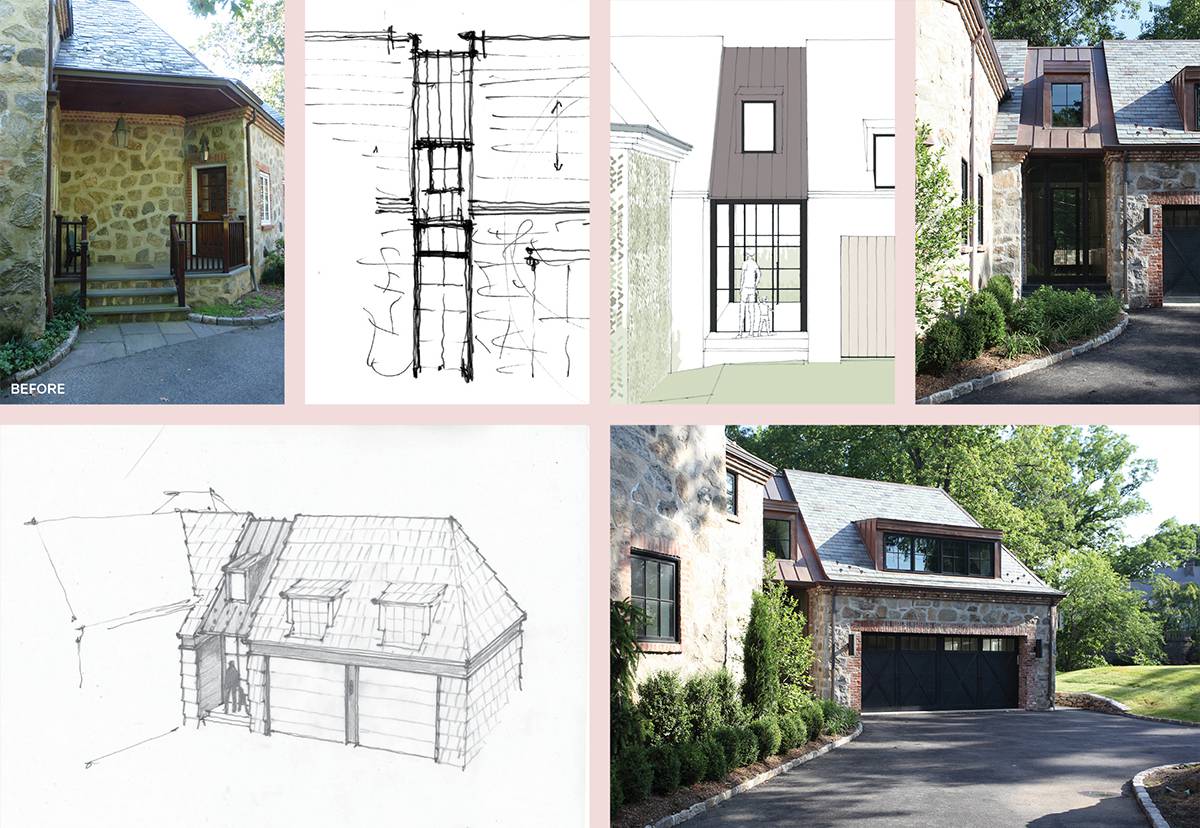 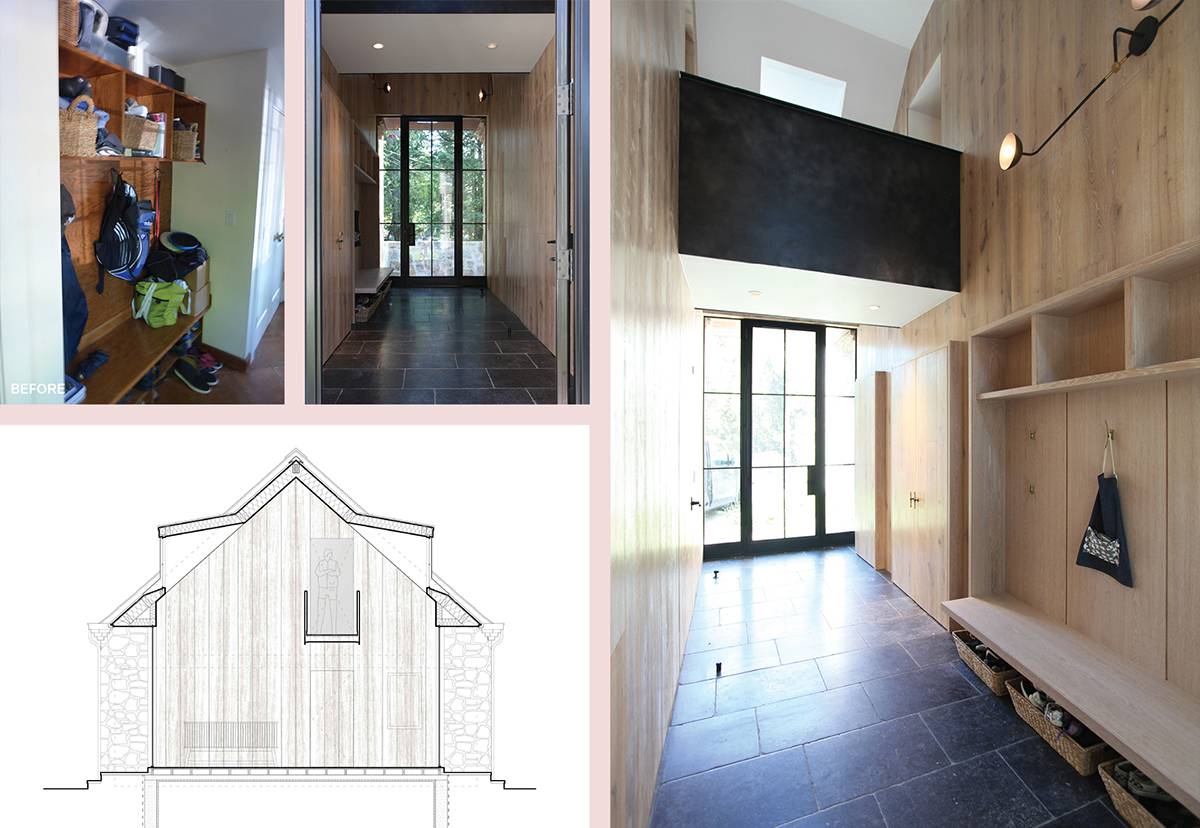 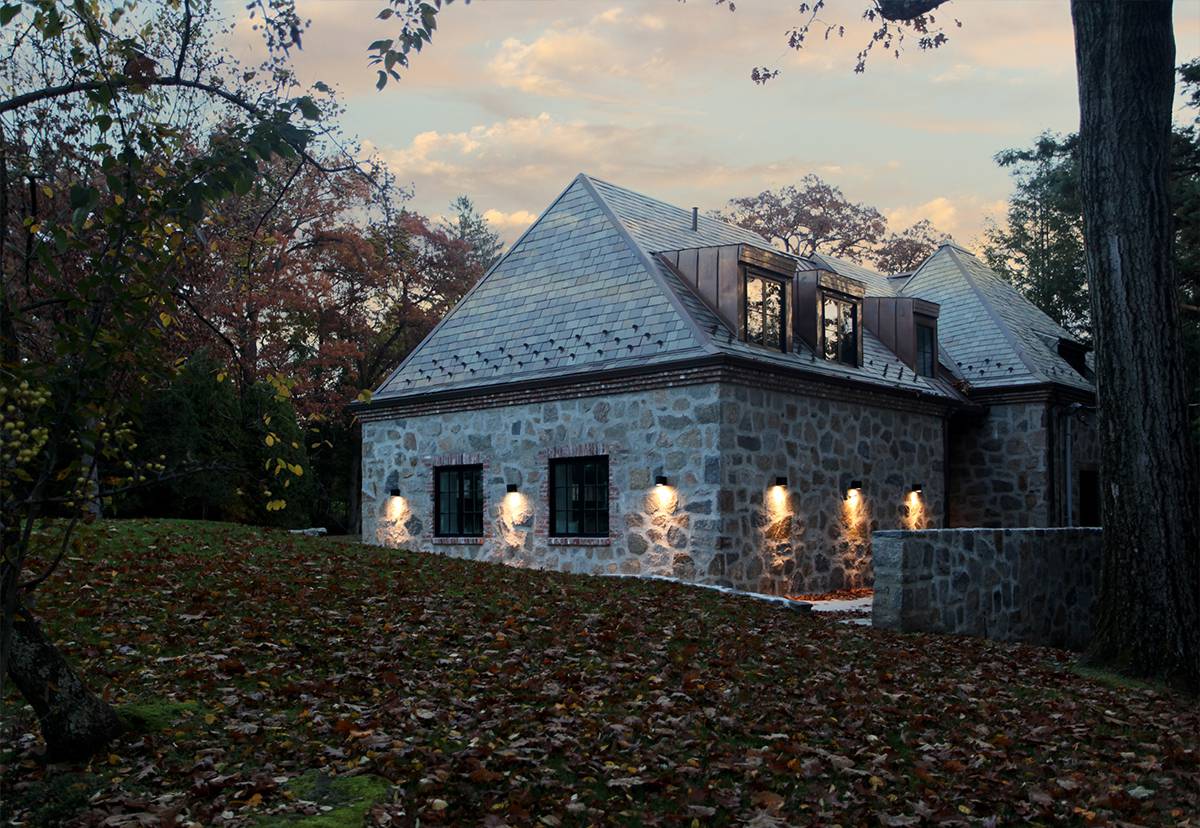